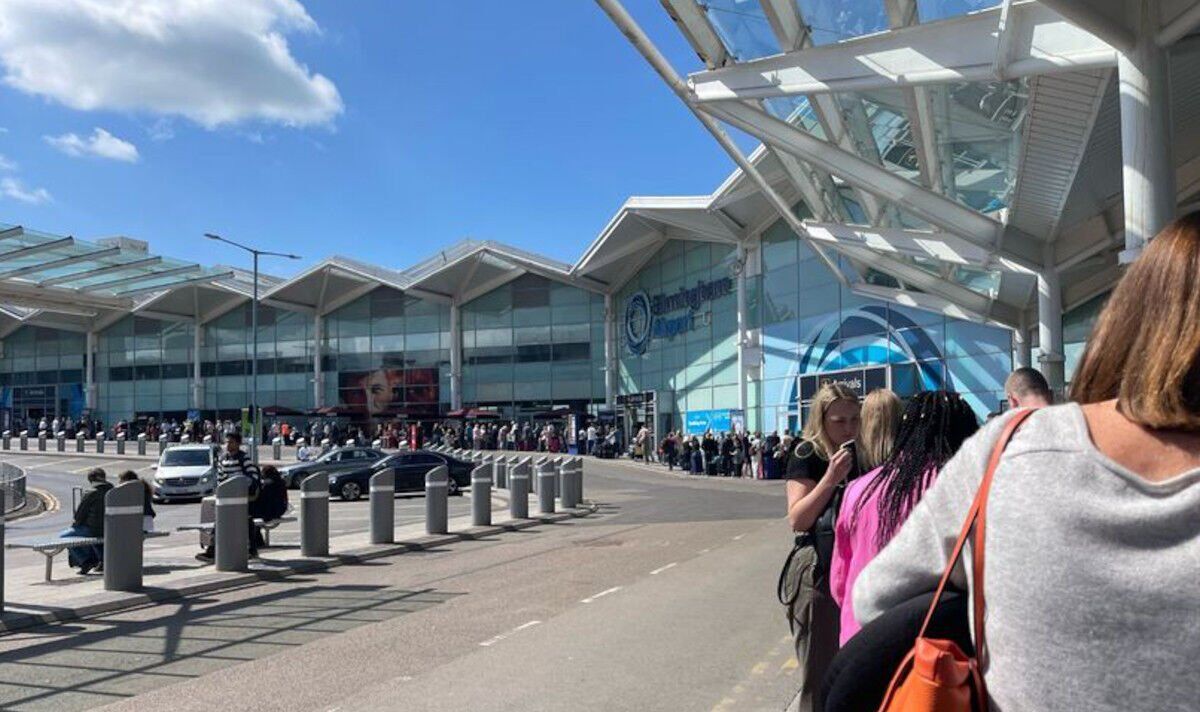 This is the latest report of waits of around two hours for travellers to make it through security at the airport. TUI today, on May 7, claimed the issue was caused by a delayed flight to Cape Verde.

But Birmingham Airport has been suffering issues for some weeks, amid problems with staff training and deployment.

He said: “It’s still the legacy of the industry being turned back on by the Government’s removal of the rules in mid-February.

“It didn’t get very much traction because, until the industry started to show it had a future, a lot of people didn’t want to come and start their careers with us.

“We got well underway with recruitment in February but, because we need to have them security-cleared, only then can we start training them. There’s a lag of around 12 weeks.

“We are seeing a rapid recovery in aviation, which is a blessing, but it’s catching up with the staff to make sure we can get back to our normal very good service levels.”

Mr Barton added: “Well over 99 percent of people caught their flights this weekend against that incredibly busy backdrop.

“We have now recruited all the people we need for the next three months.”

On today’s delays, a TUI spokesperson, quoted in Birmingham Live, said: “We can confirm that, as a result of a delayed TUI flight to Cape Verde, some customers experienced longer queue times at Birmingham Airport this morning.

“We would like to apologise to those customers affected and thank them for their patience and understanding.”

This comes after the official Twitter page for Birmingham Airport asked travellers to “help us help you keep queues moving”.

It advised that those using the airport remove “all liquids, pastes, gels, laptops, vapes, lighters, tablets [and] game consoles from your bags before the x-ray scanners”.

DON’T MISS:
Boris urged to cut the ‘soundbites’ and focus on action [OPINION]
Tory civil war erupts as Scottish Conservatives REFUSE to back Boris [REPORT]
Prince Andrew legal settlement with Giuffre ‘will have been millions’ [REVEAL]

But Ian Russell responded yesterday, on May 6, that the onus is, instead, on the airport, insisting: “Please help us by resourcing your airport operation appropriately.

“Landing early to sit on the aircraft for an hour, then a bus for 40 minutes, is a dreadful experience.”

Jim Weaver added: “I can help by using the fast lane!

“Why is this service closed again – second time this month!”

Longer-than-usual are expected to peter out in the coming weeks as staff issues are resolved.