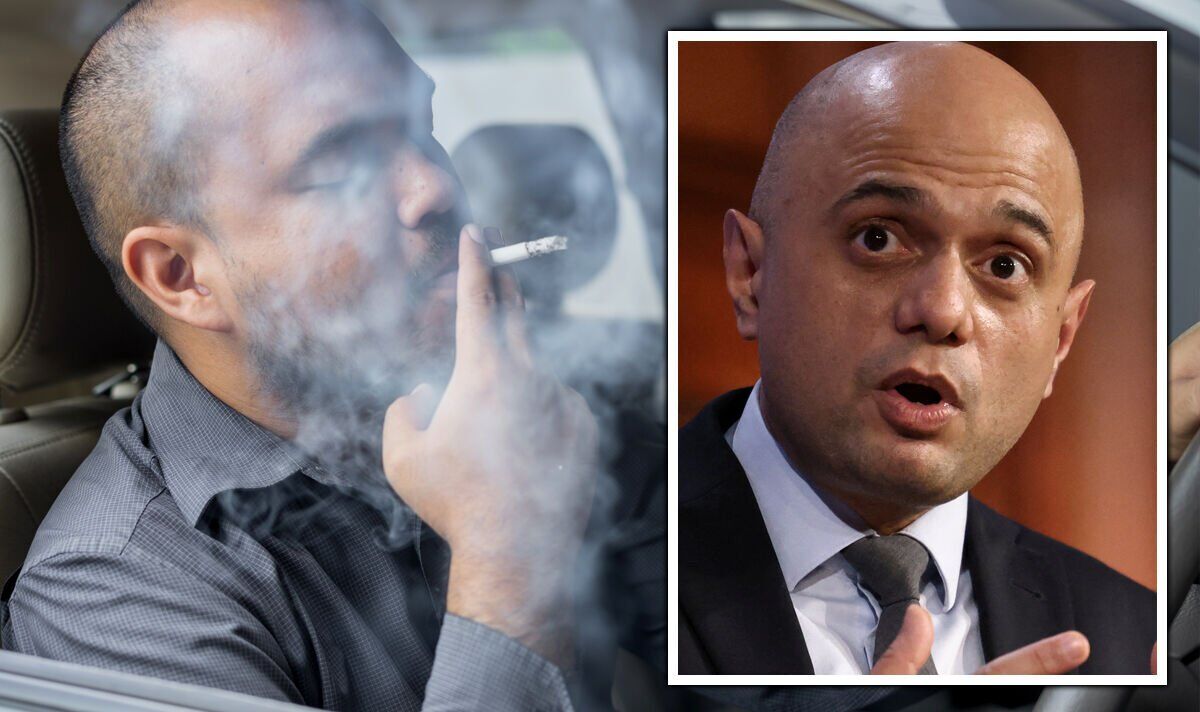 Dr Nveed Chaudhary’s call for urgent action comes as Health Secretary Sajid Javid has a review of tobacco products expected to report soon with an aim of making the UK “smoke-free by 2030”. Dr Chaudhary, who has previously worked for tobacco giants Philip Morris, British American Tobacco and Imperial, praised British public health policy for being world-leading already in promoting e-cigarette alternatives to traditional “combustible” smoking. But he said the review offers an opportunity to make a dramatic big step which could have an impact around the globe.

But smokers consumer group representatives have warned that “bullying” will be counterproductive and prohibition never works.

Dr Chaudhary said: “Smoking is the most preventable cause of death in the world that kills thousands of people a year.

“Banning cigarettes tomorrow would force smokers to use e-cigarettes which will end up saving many, many lives.”

He went on: “Unless we do something like this we will never see the change we require. We need to make combustible products like cocaine, and make them illegal.”

Some studies have shown e-cigarettes as less than five percent as harmful as traditional tobacco cigarettes.

He also said that while big tobacco companies talk about people going smoke-free “combustible cigarettes are keeping the lights on” for their businesses and they need to be pushed into investing in safer vaping products.

Dr Chaudhary praised the UK for not following the policy of the World Health Organisation (WHO) which has sought to ban or restrict e-cigarettes.

Countries like India and Brazil have banned the products while still allowing very high levels of smoking of traditional cigarettes causing cancer and other significant health problems.

He also believes a ban would tackle the problem of illicit cigarettes being smuggled into the UK and sold under fake branding in markets and on the internet.

According to anti-smoking campaign group ASH, the annual cost of smoking to the British economy is around £17.4billion.

This includes £2.5billion spent on health problems caused by smoking by the NHS, £13.2billion losses in productivity from illness, and 1.2 billion in social care costs

He told Express.co.uk that much of the UK policy at the moment was correct including allowing flavoured products which are currently restricted in the USA.

He pointed to studies which have shown that flavoured products “are a route out of smoking traditional tobacco products and getting people to quit.”

But he said that the Government needs to look again at its policy of doctors prescribing e-cigarettes and allow them to get smokers on to stronger products.

At the moment they can prescribe weak 20mg products but 40mg products need to go through a lengthy licensing procedure.

He said: “If we can make it easier for smokers to get on to stronger e-cigarette products it will help them quit traditional cigarettes more easily.”

The Government independnent review chaired by Javed Khan is duie to report on May 25.

The comments have infuriated the consumer group, Forest, which represents smokers.

Simon Clark, director of the smokers’ group Forest, said: “You can’t bully or coerce smokers to switch to vaping. Smokers must be informed about reduced risk products but whether they switch from one legal product to another has to be their choice.

“Prohibition rarely works. Banning cigarettes will simply drive the sale of cigarettes underground creating a huge black market. The only people who will benefit are criminal gangs who will happily sell cigarettes to anyone including children.”