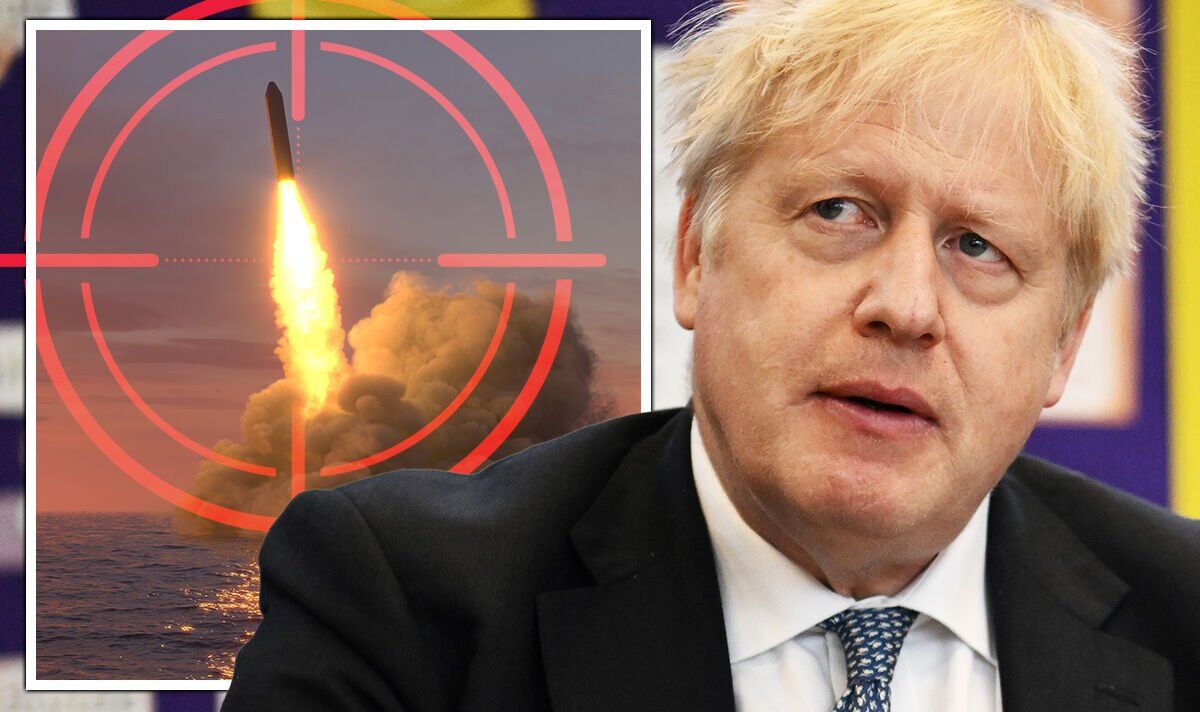 Since the Russian invasion of Ukraine began, Vladimir Putin has threatened the UK and its allies with a “lightning-fast” response, understood to be referencing Moscow’s nuclear arsenal. Professor Andrew Futter, an international relations expert at the University of Leicester, told Express.co.uk that the UK’s lack of defensive weaponry in the event of a strike would leave the country defenceless if an attack was launched.

The UK has not invested in active defensive technologies since the 1990s, Professor Futter explained, placing all the nation’s eggs in the one basket of nuclear deterrence.

Since the late 1960s, the UK has had a continuous at-sea deterrent, which the Government called “the most capable, resilient, and cost-effective platform”.

But the Government added: “The UK maintains only the minimum amount of destructive power needed to guarantee our deterrent remains credible and effective against the full range of state nuclear threats.

“Our submarines on patrol are at several days’ notice to fire and, since 1994, we do not target our missiles at any state.”

Professor Futter said: “We don’t have the ability to intercept and destroy incoming Russian ballistic missiles.

“Since the early Cold War, the UK has effectively relied on deterrence because defence (either active missile defences or passive civil defence) are hugely expensive and in some cases unworkable.

“UK policy rests on the threat of nuclear retaliation after a strike.

“No adversary would risk attacking the UK with nukes because they would be attacked with nukes in response.”

READ MORE: Putin’s OWN Russian media machine begins to turn on him

He added: “It is not inconceivable that a dozen nuclear weapons would pretty much destroy the UK as a functioning state.”

But, in the terrifying event of a nuclear attack, Professor Futter had a few pieces of advice for the general public.

He advised: “What to do would depend on how close you were to the strike and its size and impact.”

He continued: “Staying inside, hiding underground, are possible options to minimise the effects of the initial blast.”

Speaking to Russian lawmakers last month, Putin warned Russia had “all the tools” that others did not possess to retaliate against NATO or Western military intervention.

He said: “If someone intends to intervene in the ongoing events from the outside and create strategic threats for Russia that are unacceptable to us, they should know that our retaliatory strikes will be lightning-fast.

“We have all the tools for this, things no one else can boast of having now.

“And we will not boast, we will use them if necessary. And I want everyone to know that.”

He added: “And we must not underestimate it.”