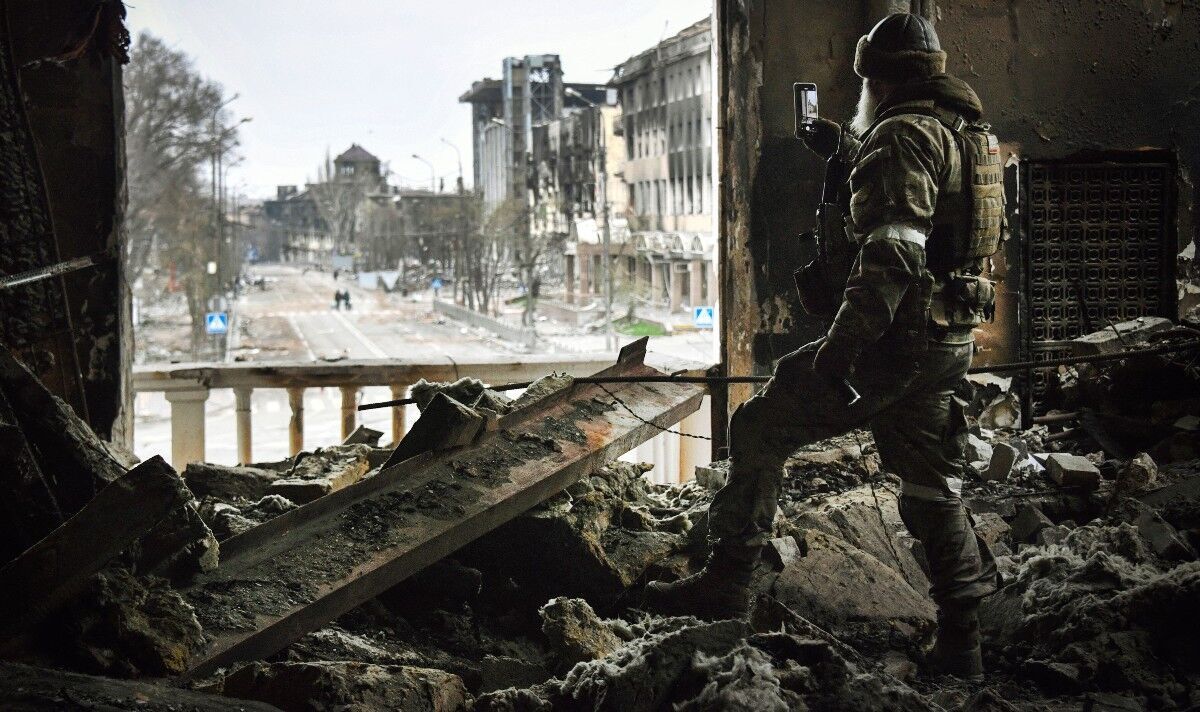 The Ministry of Defence announced in the early hours of Thursday that Belarusian troops had been deployed “from garrison to the field” in a military exercise in line with seasonal training. But the British Intelligence claimed Russia may “inflate” Belarusian military moves in order to trick Ukrainian forces into moving to northern areas of the country and away from Donbas.

They wrote: “Belarusian land forces have been observed deploying from garrison to the field for exercises.

“This is in line with seasonal norms as Belarus enters the culmination of its Winter Training cycle in the month of May.

“Russia will likely seek to inflate the threat posed to Ukraine by these exercises in order to fix Ukrainian forces in the North, preventing them from being committed to the battle for the Donbas.

“Deviation from normal exercise activity that could pose a threat to allies and partners is not currently anticipated.”

Russian forces were battling for control of the last Ukrainian stronghold in the besieged city of Mariupol, Ukrainian officials said, while the EU proposed its toughest sanctions yet against Moscow, with a phased oil embargo.

Oil prices jumped on the proposed EU ban on Russian oil imports, which needs approval by member states. The Kremlin said it was looking into various options in response. Germany said prices could go up considerably.

The Czech Republic and Bulgaria will seek exemptions from the ban, while Hungary and Slovakia say they need a three-year transition.

US President Joe Biden said he would speak with leaders from the G7 advanced economies this week about more sanctions.

READ MORE: Russians receive advice from the CIA on how to deceive Putin

Russia is also trying to increase the tempo of its offensive in eastern Ukraine. Russia’s defence ministry said its forces had disabled six railway stations there used to deliver Western arms.

The Kremlin dismissed speculation that President Vladimir Putin would declare war on Ukraine and announce a national mobilisation on May 9.

Russia describes its invasion of Ukraine as a “special military operation”.