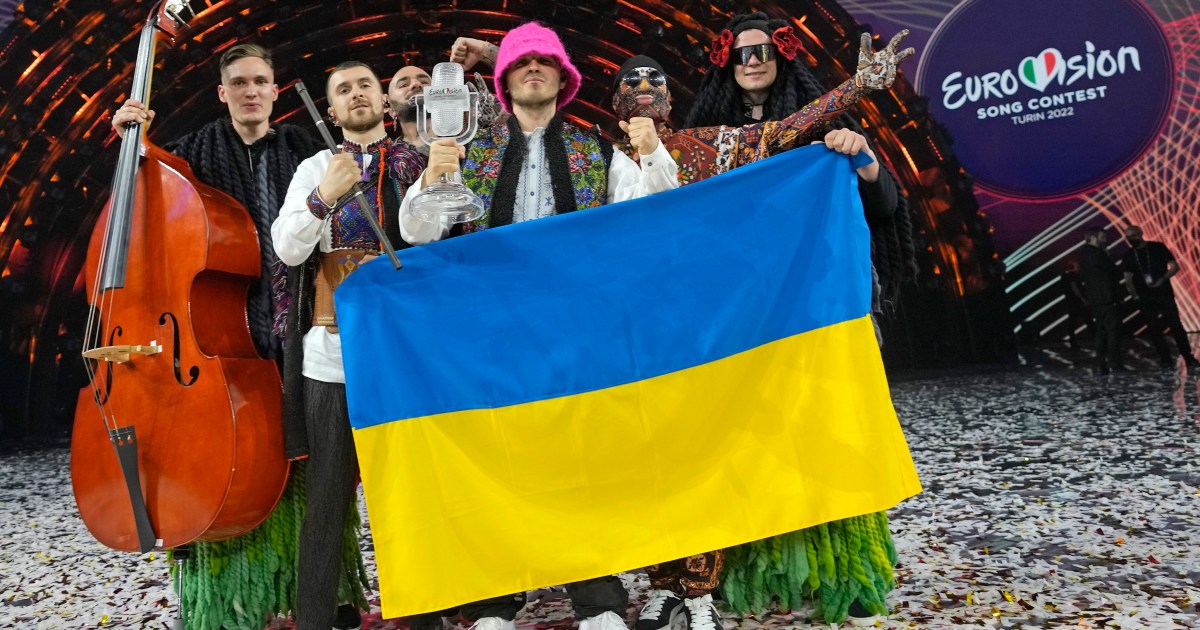 The European Broadcasting Union decides it is too risky to hold the annual song competition in war-ravaged Ukraine.

The Eurovision contest, the world’s largest live music event, is going to be hosted by the United Kingdom on behalf of Ukraine next year due to safety concerns, the European Broadcasting Union (EBU) has said.

Monday’s decision comes as Ukraine, which had gained the right to host the competition after winning this year, is fighting a military invasion launched by Russia in late February.

“As a result of discussions, the BBC, as runner up in the 2022 Contest, was invited by the EBU to act as Host Broadcaster for the 67th Eurovision Song Contest,” read a statement released by the broadcasting union.

We’re pleased to announce the 2023 @Eurovision Song Contest will be hosted in the United Kingdom by the @BBC 🇬🇧 on behalf of UA:PBC 🇺🇦

The move did not come without some resistance from the the Public Broadcasting Company of Ukraine (UA:PBC), which said in June it was “disappointed” that the EBU had ruled out Ukraine as a host country. But the risk of air attacks and mass casualties swayed the EBU’s final decision.

“We’re exceptionally grateful that the BBC has accepted to stage the Eurovision Song Contest in the UK in 2023,” said Martin Osterdahl, the event’s executive supervisor.

The British city hosting the event will be chosen in the coming months following a bidding process. A date for the 2023 event has not been announced yet.

The EBU’s statement said that Ukraine, as the winner of the 2022 competition, will automatically qualify for the next finals.

“The 2023 Eurovision Song Contest will not be in Ukraine but in support of Ukraine. We are grateful to our BBC partners for showing solidarity with us,” said Mykola Chernotytskyi, head of the UA:PBC’s managing board.

“I am confident that together we will be able to add Ukrainian spirit to this event and once again unite the whole of Europe around our common values of peace, support, celebrating diversity and talent,” Chernotytskyi added.

This year’s contest – which took place in Italy – became a moment of global solidarity for war-ravaged Ukraine, which won the competition more than three months into the conflict. Kalush Orchestra won with a song called Stefania, sung in Ukrainian, which fused rap with traditional folk music.

Eurovision has taken place since 1956 and has always been organised by the EBU, which represents public service media in more than 50 countries across Europe, the Middle East and Africa.