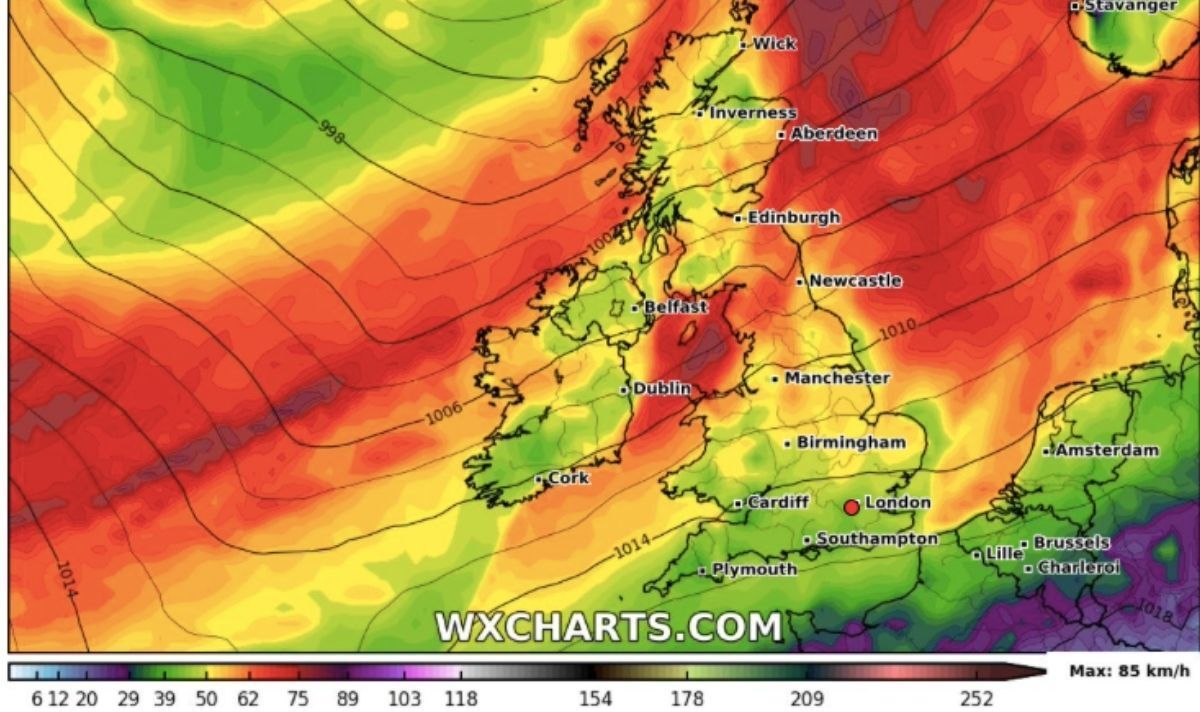 Over the next few days, scattered and “persistent” showers will set in with strong wind gusts in north and western Scotland and a strong breeze for the rest of the UK. BBC Meteorologist Stav Danaos said that Tuesday will see low pressure “stick close by”, meaning it will be a breezy few days and “in fact quite windy at times across northern and western Scotland”.

He added: “There is a bit more rainfall in the forecast this week, most of it is in the most of it across the north and the west of the country with little affecting the south and the east.”

Temperatures in the south of England will be pleasant, ranging between 15C and 18C, though Mr Danaos said it would be a “fairly gusty day”, meaning it is ideal for hanging the washing outdoors.

In the north, where the rainfall is predicted, temperatures will be cooler between 9C and 12C.

Those who suffer from hay fever have been warned by both the Met Office and the BBC that the high levels of tree pollen are set to continue for the warm and dry areas on Tuesday.

Mr Danaos said: “Pollen levels will be quite high especially across the south east where it will be driest but further north is should be lower than what we have had the last few days.”

In the southeast the pollen count is high which gradually goes to medium as you move toward the midlands and the rest of England.

This is due to a new weather front which will start to push its way into the south west of England and Wales bringing “a wet note and more persistent rain across southern areas”, according to Mr Danaos.

Later this band of rain will move across the UK into the Midlands and across to eastern England with some areas of the southeast potentially striking it lucky and staying dry altogether.

Despite the damp note, Brits can look forward to another weekend scorcher with temperatures once again pushing 20C and most likely higher as a new area of high pressure moves in with the warm air from the south.