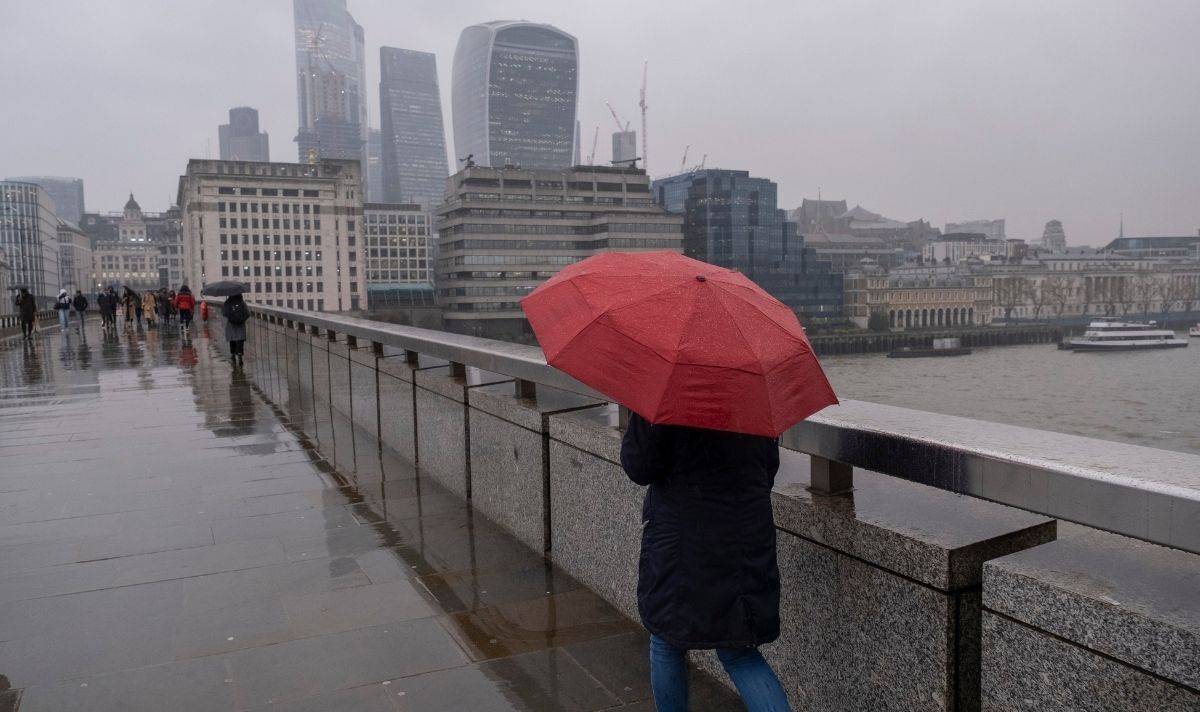 The weather this week will become a bit more unsettled than over the sunny weekend, with most areas expecting scattered showers but those in the north-west should expect “persistent and heavy” rain. BBC meteorologist Sarah Keith-Lucas noted that this week marks another change in the forecast, again denying Brits the beginning of long-term hot weather.

Ms Keith-Lucas stated from Monday there would be “a bit of a change in the forecast, though for the week ahead it’s looking more unsettled”.

She added it would be “windier and wetter too particularly for Western Scotland and there could be some rain by the middle of the week further south across England and Wales”.

On Monday not only will the wet weather arrive, but according to Wxcharts, there will be wind gusts of up to 91mph.

The BBC meteorologist stated that “weather fronts [will be] coming in from the north-west” which will bring “persistent and heavy for a time in western Scotland with winds picking up”.

For most places on Monday temperatures will still remain pleasant, with the mercury hitting 15C or 16C further south in the UK.

Those wet and windy areas further north however will struggle to see double digits at all with many regions at 7C or 9C.

Ms Keith-Lucas discussed the outlook of the week ahead saying: “Heading towards the middle of the week we are keeping an eye on a developing area of low pressure, some uncertainty about timing but it does look like it could bring showers into the southern areas of the UK.”

“We have still got high levels of tree pollen across England and Wales but with the cloud, wind and rain further north pollen levels are low or moderate.”

It’s not all doom and gloom, the weekend once again looks like it could be sunny and warm with Wxcharts forecasting highs of 18C for the southern areas and even 19C in Scotland.