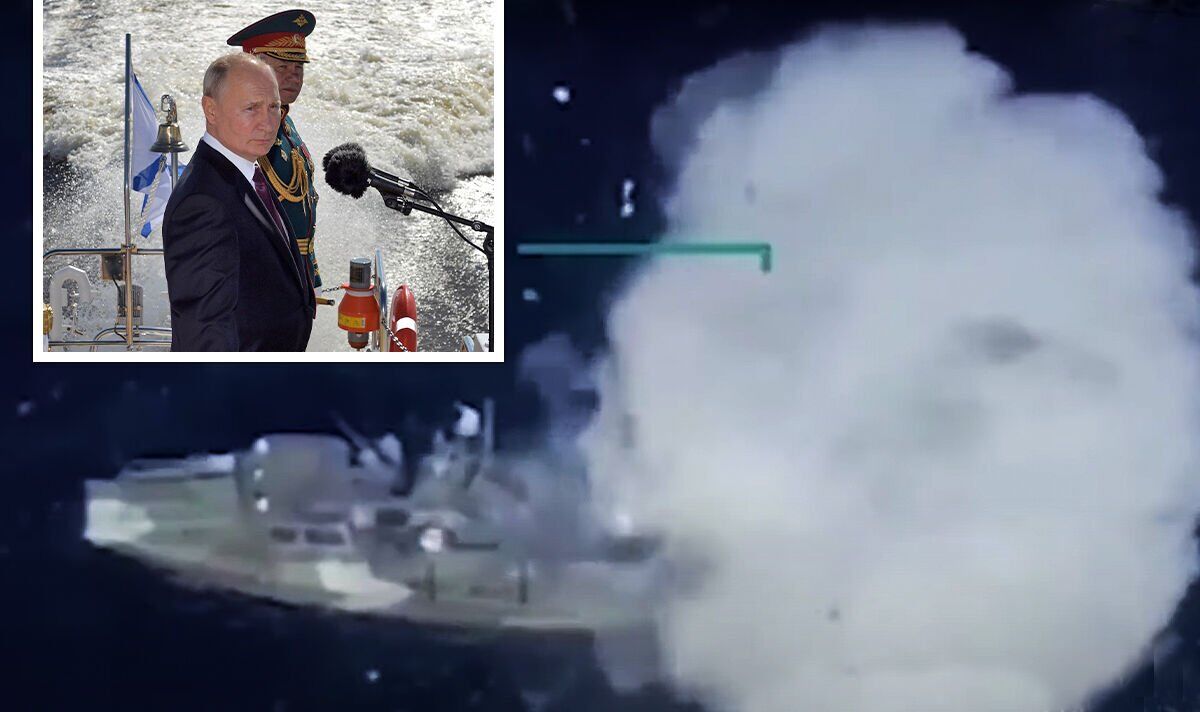 Ukrainian forces have shared the incredible moment they claimed to take out Vladimir Putin’s “parade boat” which he has used for fleet inspections in Sevastopol and St Petersburg. The white-coloured Raptor-class patrol vessel was obliterated by a laser-guided bomb dropped from a Ukraine-operated Bayraktar TB2 drone near Snake Island in the Black Sea.

Ukraine Now Telegram channel reported: “We received information that one of the destroyed boats of the Raptor type in the Snake Island area was Putin’s parade boat.”

It added that the vessel is “distinguished by the white colour of its hull”.

Another Ukrainian report said: “Among its sister ships, the vessel stands out by the white colour of its hull.

“This is a specially equipped parade boat with tail number 001.

“The Kremlin’s dwarf conducted military parades in St Petersburg and Sevastopol several times on the boat.

“If the assumptions are correct, then the reaction of the bunker grandfather to such news can only be imagined.”

It comes as thousands more civilians have been killed in Ukraine during nearly 11 weeks of war there than the official UN death toll of 3,381, the head of the UN Human Rights Monitoring Mission for the country said on Tuesday.

The United Nations team, which includes 55 monitors in Ukraine, has said most of the deaths were caused by explosive weapons with a wide impact area such as missile and air strikes.

Ukraine and the West say this is a false pretext for waging an unprovoked war of aggression.

Bogner was speaking following a trip to Ukraine last week where she visited areas around Kyiv and Chernihiv previously occupied by Russian forces.

Her team has reports of over 300 unlawful killings in settlements north of Kyiv, including Bucha, she said and expected this number to rise.

They met a 70-year-old man who hid for more than three weeks in a basement that was so crowded he had to sleep standing up, tying himself to wooden rails to prevent himself falling over.