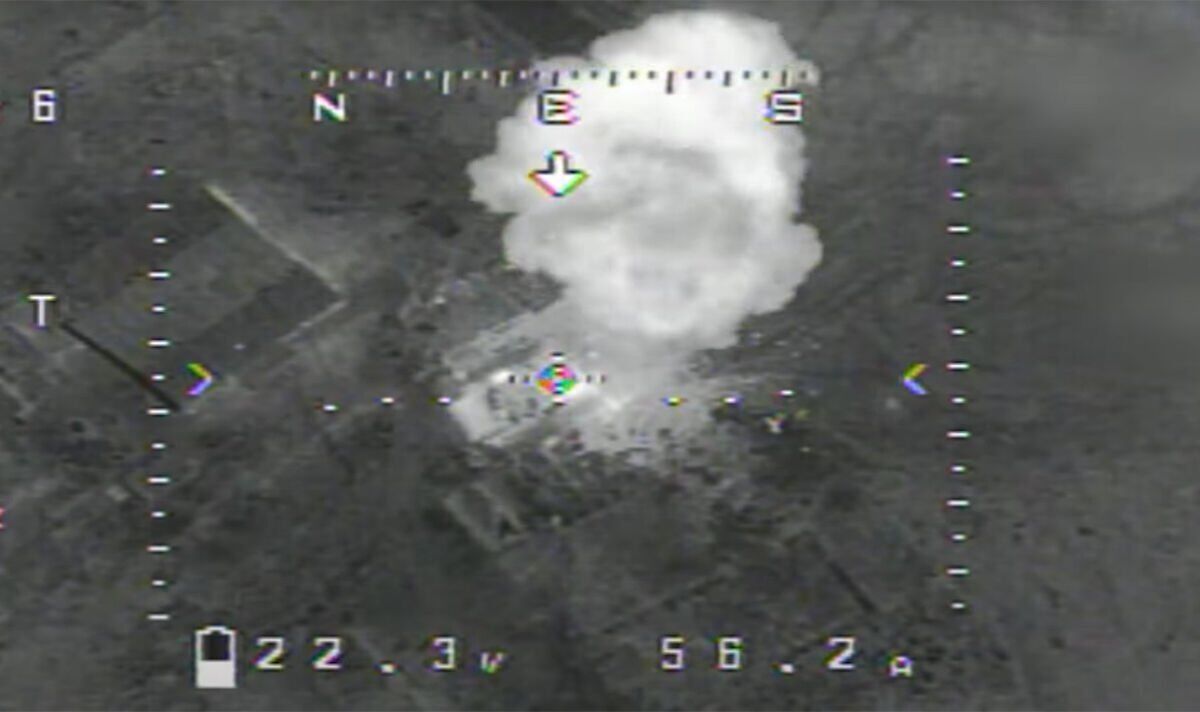 Ukraine appears to have destroyed an elite Russian T-90 ‘Vladmir’ tank using a homemade drone. Incredible footage of the attack shows the moment Ukraine fires rockets worth just £400 and completely obliterates the £3million tank. The astonishing triumph for Ukraine comes just a day after another drone video showed a £4million T-90m Russian tank being taken out by a Swedish rocket launcher north of Kharkiv.

On Wednesday, a video shared by Aerorozvidka – Ukraine’s drone warfare unit – showed the moment that Ukrainian rockets were dropped on one of Russia’s most advanced tanks on the battlefield.

Two huge explosions can be seen in the aerial clip, which completely wiped out the tank.

Aerorozvidka tweeted: “Our fighters destroyed the Russian T-90 “Vladimir” tank in the southern direction of the front.

JUST IN: Putin’s bolstered offensive in Donbas is failing and risks crumbling

Each of the bombs costs only around £400, according to Military Today.

Aerorozvidka has prided itself on making its own drones for “dozens of thousands of pounds” and uses old anti-tank rockets to attack Russians from the sky.

The footage, reportedly filmed during the fighting for Stary Saltiv, north of Kharkiv, saw pieces of debris flying into the air after the rocket attack.

The withdrawal of Russian forces from Kharkiv is a recognition of Russia’s inability to capture and hold key Ukrainian cities, according to the MoD.

It said that Vladimir Putin’s focus on the Donbas had left troops around Kharkiv “vulnerable to the mobile, and highly motivated, Ukrainian counter-attacking force”.

The briefing continued: “Despite Russia’s success in encircling Kharkiv in the initial stages of the conflict, it has reportedly withdrawn units from the region to reorganise and replenish its forces following heavy losses.”

The MoD added: “Once reconstituted, these forces will likely deploy to the eastern bank of the Siverskyi Donets River, forming a blocking force to protect the western flank of Russia’s main force concentration and main supply routes for operations in the vicinity of Izium.”