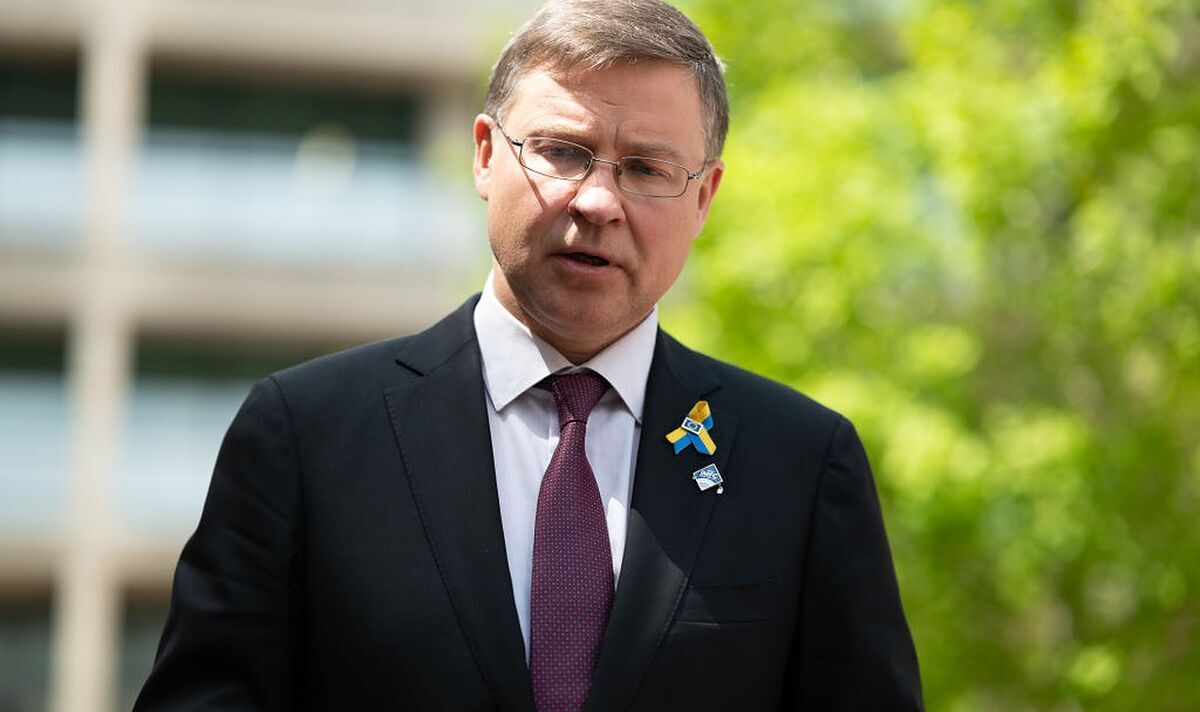 Speaking in Marrakech, European Commission Executive Vice President Valdis Dombrovskis said such an effort “will require coordination of the international community, and from the European Union side, we’re willing to do this coordination”. The EU will also “provide large and very meaningful support for these reconstruction needs,” he added, noting a proposal will come later this month that would “link this support for infrastructure reconstruction … with structural reforms which Ukraine may need as an EU candidate country.”

The EU has been working on a solidarity trust fund for Ukraine as required by EU heads of state and government in March, but it’s the first time that an EU official put a price tag on the effort.

However, this figure is likely to rise as war continues.

EU officials have been calling on Brussels to take a leading role in providing “Marshall plan”-like assistance to the country once hostilities cease, as part of an effort to bring Ukraine into the EU’s fold.

There are various ideas on how to finance this effort, including by confiscating Russian frozen assets, making Russia pay as part of a peace settlement, or channelling money from international donors.

The European Commission will on Wednesday unveil a plan to significantly increase the amount of food that agricultural heavyweight Ukraine can deliver to hungry nations around the world via EU roads and railways.

EU farm commissioner Janusz Wojciechowski announced the “plan of action” at the opening of a UN food agency meeting in his native Poland, saying the bloc must counterbalance Russia’s deliberate destruction of Ukraine’s agriculture by expanding export channels and repel Moscow’s efforts to portray itself as a humanitarian actor that is feeding the world in a worsening food crisis.

Mr Wojciechowski told POLITICO: “It’s necessary to organise alternative corridors for export, especially for wheat, corn because Ukraine has a lot of stocks.”

“We want to ensure supply chains for food for Europe and the rest of the world,” he earlier told a room of diplomats from 53 European and Central Asian countries, at a biennial regional conference of the UN’s Food and Agriculture Organisation.

Ukraine and Russia are both gigantic exporters of food to import-dependent countries in Africa and the Middle East, but Russia’s attack by land and sea has left millions of tons of Ukrainian grain stuck in silos unable to leave in ships by the Black Sea, which traditionally accounted for at least 80 percent of Ukraine’s food exports.

The EU commissioner also sent a stark warning that Russia will seek to turn the situation further to its own advantage when it comes to food.

Not only could Moscow steal Ukraine’s share of the global market for commodities, like corn and wheat, but it will attempt to whitewash its image as a charitable provider to poor countries, just as it blockades Ukraine’s own supplies, he warned.

He said: “This is the Russian propaganda.