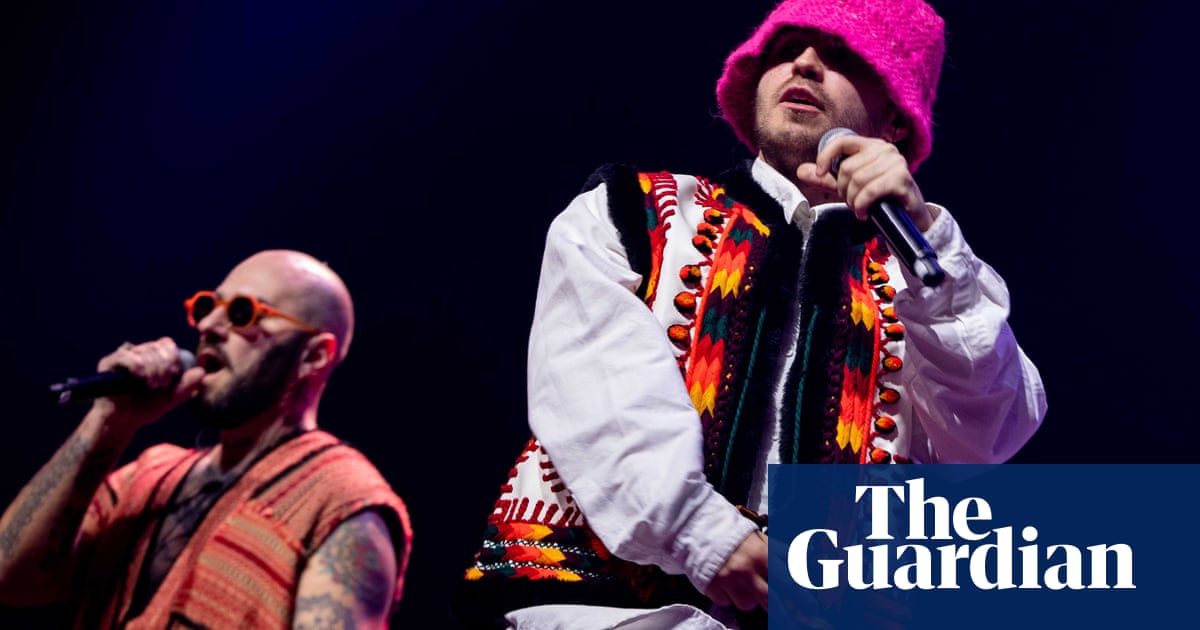 War-torn Ukraine is the favourite to win next week’s Eurovision song contest, which is being hosted by Italy for the first time in more than 30 years.

Kalush Orchestra, a band that blends traditional folk and hip-hop, is competing in the event with the song Stefania, which has become an anthem at home.

Written by frontman Oleh Psiuk as a tribute to his mother, Stefania is also the most watched on YouTube among the 35 contenders.

In an interview with the Italian news agency Ansa, Psiuk said his band’s entry was tipped to do well even before Russia invaded in February.

“Some people are saying we could win because of the war, but our song was among the five favourites before the start of the conflict, which means people like it regardless,” he said.

Kalush Orchestra, a six-person band, was given special permission to travel to the northern Italian city of Turin, which is hosting the competition on 10-14 May, although Psiuk said one band member stayed in Ukraine to fight.

“Those of us here represent every Ukrainian,” he said. “After Eurovision we will return home to provide our contribution.”

On Stefania being dedicated to his mother, he said: “This is the best thing I have ever done for her; and with the outbreak of war the meaning is extended to all mothers who protect their children.”

Russia is banned from competing in this year’s event after organisers said its participation could bring the contest into disrepute.

Eurovision, now in its 66th year, is being held in Italy for the first time in 31 years thanks to the Italian glam pop band Måneskin, who won the 2021 event with a show-stopping performance of Zitti e Buoni. The band from Rome enjoyed success since, including supporting the Rolling Stones at a concert in the US in November.

A Ukrainian girl emerged from a coma at the CTO hospital in Turin after listening to Måneskin, Ansa reported on Friday. The 16-year-old refugee was involved in a car crash that killed her father as they tried to flee Ukraine.

“She is a great fan of theirs and last night, listening to one of their songs, she expressed her emotion,” said Maurizio Beatrici, the director of the hospital’s neuro-rehabilitation unit.

The UK’s entry, Sam Ryder with the song Spaceman, is also expected to perform well, as is the Italian song Brividi, performed by the duo Mahmood & Blanco.