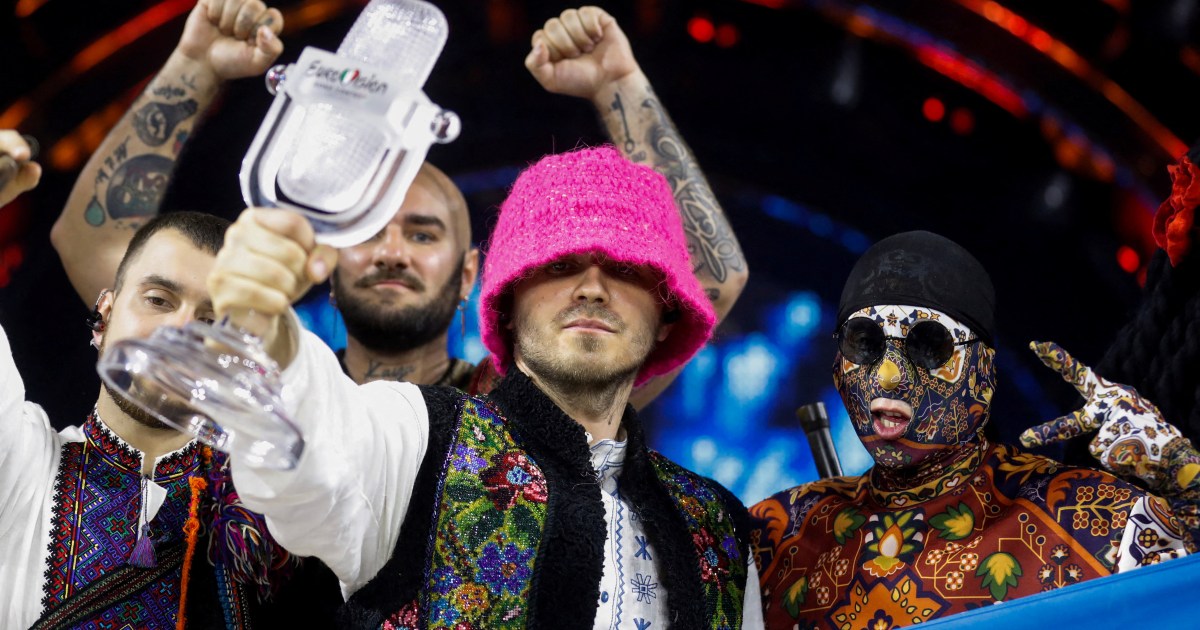 Ukraine’s Kalush Orchestra won the Eurovision Song Contest in Italy on Sunday, riding a wave of popular support for the war-ravaged nation amid Russia’s invasion.

The winning song, “Stefania”, sung in Ukrainian, fused rap with traditional folk music and was a tribute to band frontman Oleh Psiuk’s mother.

The bookmakers had made Kalush Orchestra the clear favourite for the annual contest, which normally draws a television audience of close to 200 million, based in part on popular sympathy for Ukraine following Russia’s invasion in February.

Ukrainian President Volodymyr Zelenskyy was quick to welcome Sunday’s victory, saying “we will do our best” to host next year’s contest in the hotly contested port city of Mariupol.

The winners traditionally get to host the event the following year and Ukraine is hoping that it will be in a position to do so in 2023.

“Our courage impresses the world, our music conquers Europe! Next year Ukraine will host the Eurovision song contest,” Zelenskyy said.

“I am sure that the sound of victory in the battle with the enemy is not far off,” he added.

Ukraine was in fourth place based on jury voting but claimed victory with a record tally in viewer voting in an event that features 40 nations.

The 439 fan votes is the highest number of televote points ever received in a Eurovision contest, now in its 66th year.

Psiuk thanked the Ukrainian diaspora and “and everyone around the world who voted for Ukraine. … The victory is very important to Ukraine. Especially this year.”

It is the third time that Ukraine has won the annual competition and he said the song, featuring traditional flutes and breakdancing in a classic Eurovision mixture of styles, was a contender even before the conflict began.

The band’s frontman made a plea for the city of Mariupol and its Azovstal plant at the end of their live performance.

Speaking after the event, Psiuk said he and the band would head back to Ukraine in two days and were not sure what the future held.

“It’s hard to say what exactly I am going to do because this is the first time I win the Eurovision Song Contest but anyway like every Ukrainian we are ready to fight as much as we can and go until the end,” he said.

The European Broadcasting Union, which organises the contest, said no action would be taken against the band for using the stage to make a statement.

“We understand the deep feelings around Ukraine at this moment and believe the comments of the Kalush Orchestra and other artists expressing support for the Ukrainian people to be humanitarian rather than political in nature,” the EBU said.