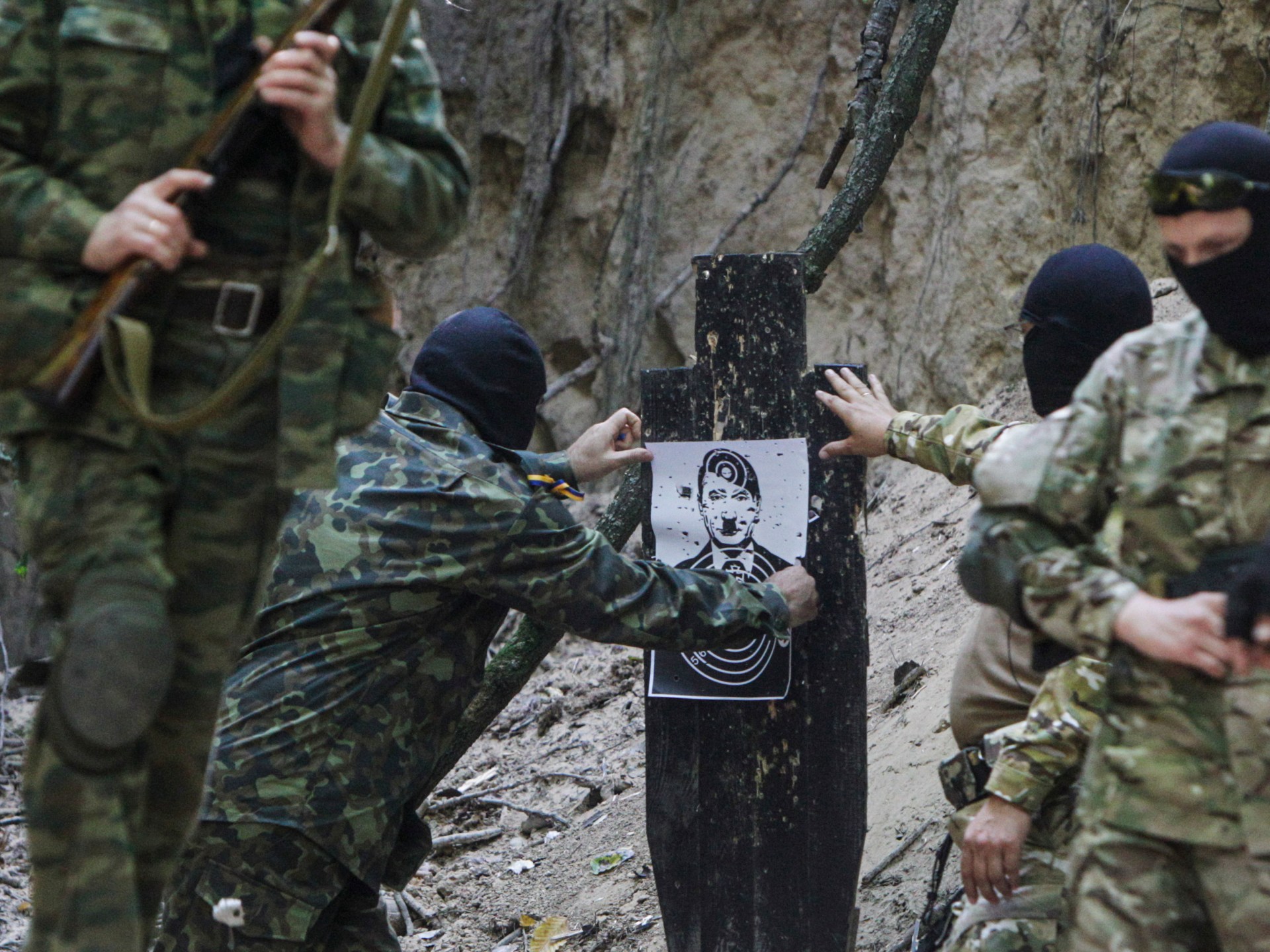 From blowing up infrastructure and destroying arms depots, to spray-painting messages for the invading Russian forces, partisan activity is increasing in Ukraine, especially in the occupied southern parts.

The Free Ukraine Resistance Movement, a citizen-led group, writes on its website: “We’ve literally ruined Putin’s plans to ruin Ukraine from inside … Even months before the full-scale invasion, [we’d] already started to mobilise and train people for all levels of resistance to defend Ukraine – military, communications, humanitarian help and diplomacy.”

Mainly active in the southern parts of the occupied Zaporizhia region and around the city of Kherson, where Ukraine is waging a counteroffensive, partisan activity has become more coordinated since the start of the war.

“The more spectacular, sophisticated, and impactful attacks in Crimea are, in my opinion, most likely a combination of special forces operations and local assistance. They strategically disrupt Russian supply lines, undermine morale, and weaken Russia’s military capabilities in the south of Ukraine and the Black Sea,” said Stefan Wolff, a professor of international security at the University of Birmingham.

“Attacks on the Ukrainian mainland, for example, in the Kherson region, are more likely local efforts and have so far been aimed mostly at Russian occupation authorities and local collaborators to weaken Russia’s control of these areas and send a message of defiance and hope to the population suffering under Russian occupation there.”

There appears to be a high level of collaboration between the Ukrainian military and partisans, who have provided troops with information about Russian forces and the situation in the occupied territories.

“Other activities include minor acts of resistance such as flying the Ukrainian flag, posting anti-Russian flyers and pamphlets, and creating a general atmosphere of unease for occupying forces. There have been reports of partisans blowing up trains near Melitopol.”

These rebels have three basic tasks: destroying the Russian army’s weapons and supply lines, passing information to the Ukrainian military and demoralising the occupying forces.

“Partisans generally don’t win wars, but they have the capacity to wreak havoc on logistics and infrastructure behind the lines. When coordinated with the actions of the regular armed forces, partisans can be both tactically and strategically important,” Alexander J Motyl, a professor of political science at Rutgers University-Newark, told Al Jazeera.

“The Ukrainian partisan movement appears to be picking up speed in southern Ukraine, with most of the activity being centred on the cities of Kherson, which the Ukrainian armed forces are close to liberating, and of Melitopol and Berdiansk, in Zaporizhzhya.”

Motyl added that from July 6 to August 2, there were 33 reported resistance efforts.

“Of these, 17 involved acts of non-violent protest, while 16 involved violence against persons or property. Most such incidents occurred in Kherson, where the Ukrainian armed forces are preparing a counteroffensive. Nine incidents took place in the Donbas; four apiece in Zaporizhia province and the Crimea; one in Kharkiv province,” Motyl said.

These figures highlight the role of unarmed resistance. Civilians tear down Russian flags or watch the movements of Moscow’s troops and relay coordinates to Kyiv. At the very least, any Ukrainian can become an informant.

Both sides have reason to exaggerate partisan action, so unverified data should be read with caution.

In Ukraine’s case, the aim is to demoralise the Russian army and motivate its citizens.

Russia, meanwhile, could use stories of rebels fighters to justify its moves in the occupied regions.

“It is very difficult to quantify their impact given the secrecy that characterises both the partisan activity and the occupation force. One thing is for certain: Russian troops have to worry not only about attacks on the front line but also attacks on their rear-guard, which might target logistics, supplies, and even individuals in positions of authority,” the University of Waterloo’s Lanoszka said.

According to Motyl, while measuring their effect is difficult, “it’s significant that the movement is growing and becoming increasingly more active. That surely cannot please the Russians.”

According to the Institute For The Study of War, occupying authorities are having difficulty controlling residents because of the ongoing resistance.

Towards the start of the war, Ukrainians protested against the Russian occupation in Kherson – after it had been seized – and earned praise for what many called a brave act.

Whether or not the partisan movement will continue remains to be seen.

“If the past tells us anything, then it is that such movements tend to grow and become more effective over time,” Wolff said.

Motyl agreed, saying, “There is no reason to think that the resistance will wane anytime in the near future. Quite the contrary, it is sure to grow and become even more violent – especially if the Ukrainian armed forces continue to press the Russians in the south and keep them from advancing in the east.”