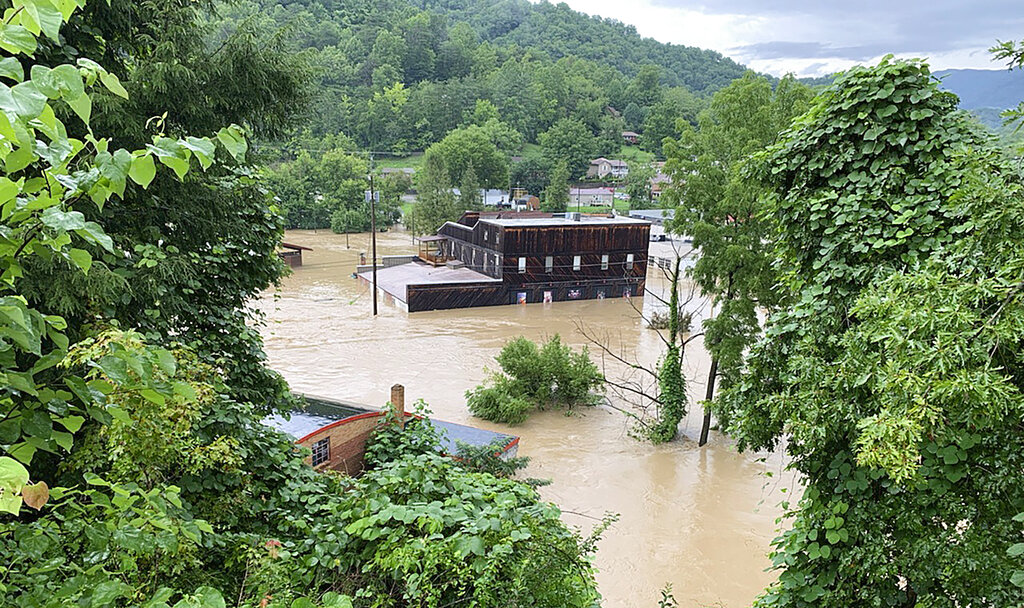 Torrential flooding in the US state of Kentucky has now killed 35 people, including at least four children. Rain continues to pound the region as search-and-rescue teams push forward with the grim task of searching for the missing.

Speaking on Monday, Governor Andy Beshear announced a number of newly confirmed deaths in an update on the floods that have battered eastern Kentucky, prompting emergency declarations.

“If things weren’t hard enough on the people of this region, they’re getting rain right now,”  Beshear said, noting a number of counties remained under a flash-flood warning as of Monday morning. “There is severe storm potential today in all of the impacted areas, and that is just not right.”

Beshear visited affected areas on Sunday and described “just total devastation, the likes of which we have never seen” after similar tours last week.

The region has had little respite from rain that has continued to fall, complicating rescue efforts and sweeping away entire communities. The displacement and destruction wrought by the floods are the latest examples of a country reeling from the effects of natural disasters exacerbated by climate change.

Hundreds of people remain missing, and the National Weather Service (NWS) has warned that rain and thunderstorms could create more flash flooding through Tuesday.

Beshear also warned high winds could cause trees and poles to fall over, creating additional hazards. According to The Associated Press news agency, about 400 stranded people have been rescued by helicopter.

Beshear declared a state of emergency last Thursday, and US President Joe Biden approved Kentucky’s request for a federal disaster declaration in 13 of the state’s counties, opening up resources for recovery efforts.

In a statement from the White House last Friday, Biden said resources were being made available for “areas affected by severe storms, flooding, landslides, and mudslides”.

Beshear has said progress is being made to reestablish mobile phone coverage in flooded areas after outages complicated relief efforts. More than 12,000 remain without power, but Beshear has celebrated progress towards restoring coverage.

“Letcher County’s cellular infrastructure is being reported as restored. That is huge,” he said. “And Appalachian Wireless, which serves so much of this region, is reporting that it is completely restored. That is really good news.”

Even when the rain stops, the state will continue to face problems caused by extreme weather. A heat wave is expected to envelop the state, adding punishing temperatures to the list of hardships faced by residents of the state.

Other cities across the United States, such as St Louis, Missouri and Las Vegas, Nevada, have also been hit hard by flooding over the last week. In June, Yellowstone National Park, one of the country’s best-known national parks, closed because of flooding that swept away entire roads.

In states such as Texas and California, extreme heat has tested the limits of infrastructure and fuelled enormous wildfires, prompting evacuations.