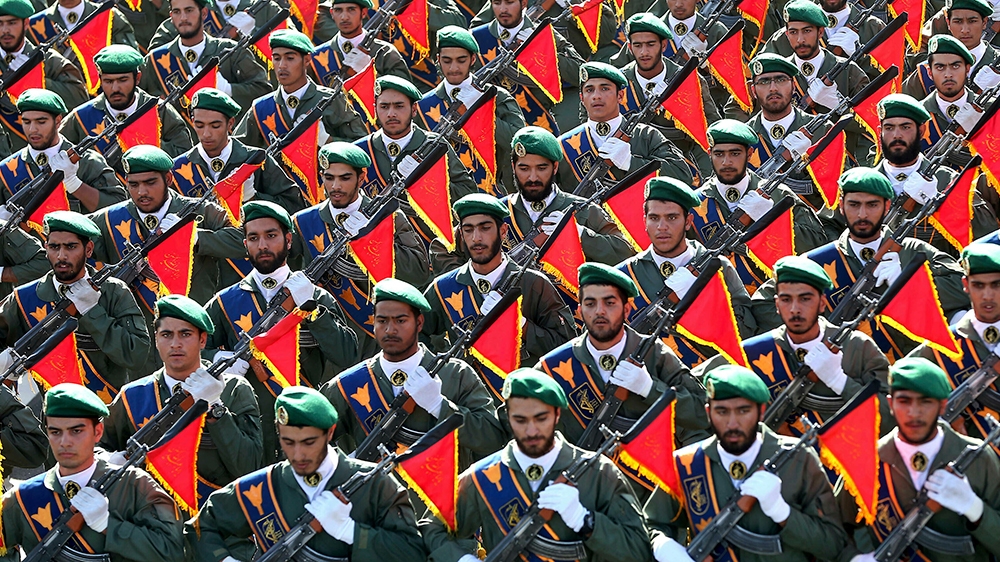 US president tells Israeli television he would use force as ‘last resort’ to prevent Iran from getting nuclear weapon.

President Joe Biden has pledged to keep Iran’s Islamic Revolutionary Guard Corps (IRGC) on the US “terrorism” list even if it leads to the demise of the nuclear deal with Tehran.

In an interview with Israel’s Channel 12 – pre-taped in Washington and aired on Wednesday during the first day of his visit to the Middle East – Biden was asked, “Are you committed to keep the IRGC on the ‘foreign terrorist organization’ list, even if that means that it kills the deal?”

He answered with a simple, “Yes.”

Biden’s comments come amid a renewed push to revive indirect talks between Washington and Tehran to restore the agreement, formally known as the Joint Comprehensive Plan of Action (JCPOA), after a recent round of negotiations in Qatar.

The 2015 multilateral pact, which was nixed by former US President Donald Trump, saw Iran scale back its nuclear programme in exchange for the lifting of international sanctions on its economy.

Tehran has been advancing its nuclear programme since 2018 in response to a “maximum pressure” campaign of sanctions by Trump that the Biden administration continues to enforce.

The US and Iran have held numerous rounds of negotiations since April 2021, and a deal appeared within sight earlier this year, but Washington’s refusal to remove the IRGC from its “terror” list has been reported to be a major hurdle in the effort to reseal the agreement.

The Trump administration blacklisted the IRGC in 2019. It was the first time a military branch of a foreign government was added to the US Department of State’s list of “foreign terrorist organizations” (FTO).

Top US officials have acknowledged that the “terror” label does not have major practical implications on the IRGC. But the Biden administration has faced pressure from some lawmakers in Congress – including members from Biden’s own Democratic Party – to keep the group on the FTO list.

US Secretary of State Antony Blinken told lawmakers in April that blacklisting the IRGC had a minimal impact on the organisation. “As a practical matter, the designation does not really gain you much because there are myriad other sanctions on the IRGC,” Blinken said.

In his interview with Israeli television, Biden reiterated that he will not allow Iran to obtain a nuclear weapon. Tehran has denied pursuing one.

In response to a question on whether he would use force against Iran to prevent it from acquiring a nuclear weapon, Biden said, “If that was the last resort, yes.”

US officials have said Washington is still committed to reviving the JCPOA based on a return to mutual compliance, while warning that the window to salvage an agreement is closing as Tehran acquires irreversible nuclear expertise.

While the US administration says that the ball is in Iran’s court to make a decision as to whether it wants to return to the JCPOA, Iranian officials blame Washington’s refusal to revoke sanctions for the inability to reach a deal so far.