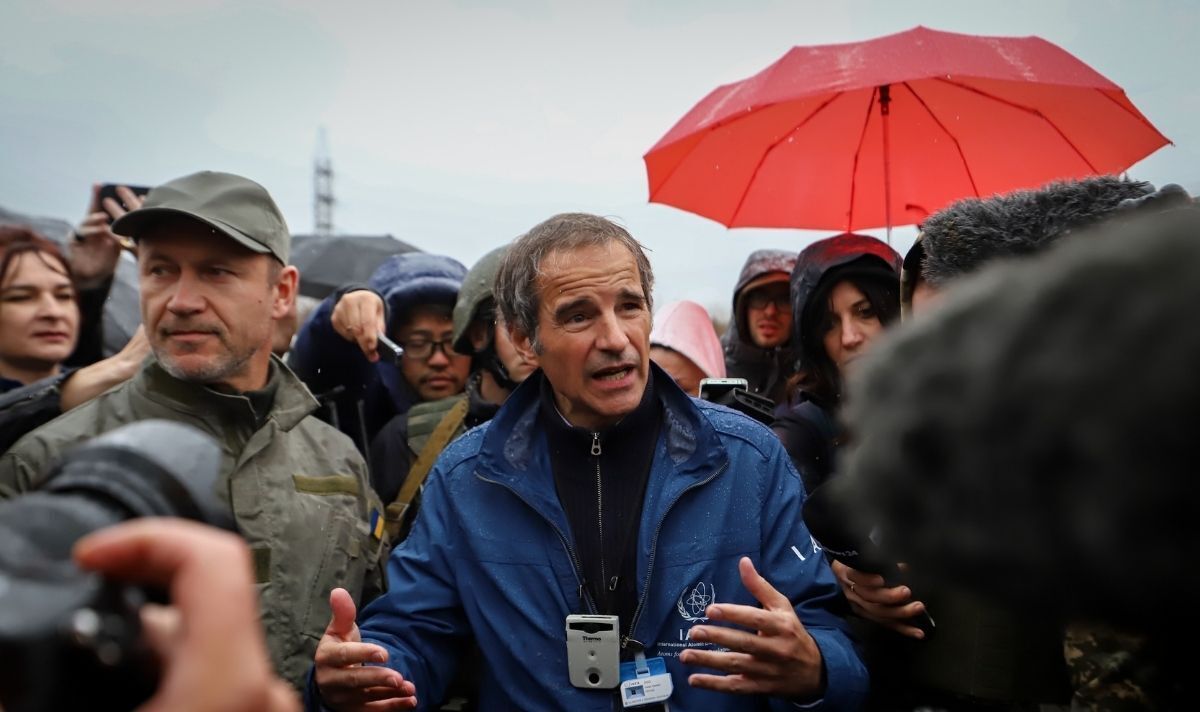 The Head of the International Atomic Energy Agency (IAEA) said on Tuesday the risk of nuclear accident in Ukraine is “far from being resolved”. IAEA chief Rafael Mariano Grossi spoke at a European Parliament hearing about Ukraine’s largest working nuclear plant Zaporizhzhia.

Mr Grossi stated that the power plant was the agency’s main “preoccupation” as it remains under Russian military control.

He said “we have been living in a very fragile situation” since Russian troops took control in early March and explained that it is being ran by Energoatom, a Ukrainian state nuclear operator.

Questions are being raised about the status of the nuclear material at the site as the presence of Russian nuclear experts “goes against every safety principle that we have”, according to Mr Grossi.

The purpose of the Russian experts “is not entirely clear” but the Director warned that their presence creates the “potential for disagreement, for friction, for contradictory instruction”, making it an incredibly volatile environment.

The Russians are not allowing IAEA experts access to the plant meaning that routine tests and “safeguard activities, including physical inventories and monitoring” cannot take place.

Mr Grossi added: “Without that we cannot ensure to the international community where the nuclear material is or what’s happening with it.”

He continued: “But when I am confronted with a situation…where we have more than 30,000 kilograms of enriched uranium and a similar amount of plutonium and I cannot go and inspect…the situation with this nuclear material, it is a very real danger and something that should be considered in all its seriousness.”

Despite the head of the IAEA claiming that negotiations are ongoing and that “we’re not at a dead end”, both sides have told him that if he wishes to visit the plant he must do so under their respective flags.

Mr Grossi said: “The issue is that both [Russia and Ukraine] agreed that I come but that I come under their respective flags…so it is a bit of a schizophrenic situation.

“The format, the political modalities of the visit are even more important than the technical mission that I need to perform.”

The IAEA chief has also denied Russian allegations that Ukraine had launched a nuclear weapons program prior to the conflict as he stated there is no evidence to support this.

The Agency will also be embarking on another trip to the retired Chernobyl nuclear power plant in order to complete repairs.

Mr Grossi reassured those at the European Parliament about the status of the Chernobyl plant saying that the situation “appears to have been stabilized” after Russian troops engaged in fighting and seized the plant in February.

Thought the troops are no longer there, Energoatom issued warnings about safety issues with the plant as a result of the Russian takeover such as a power cut impacting the cooling systems that could have led to radioactive substances leaking out.