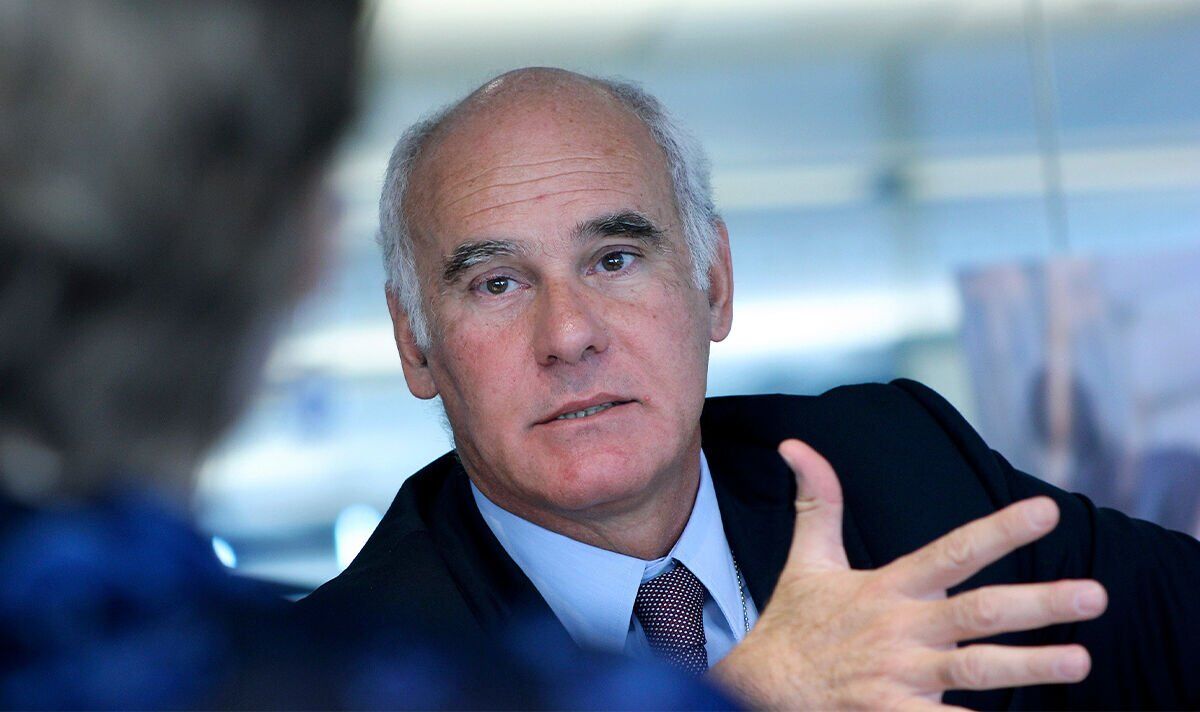 EU Ambassador to the UK João Vale de Almeida said Brussels’s attempts to suspend the Northern Ireland Protocol in January 2021 are being “excessively overblown” by Britain. He accused ministers of using the actions of the bloc to justify their own plans to suspend elements of the 2019 Brexit withdrawal agreement.

Liz Truss threatened on Tuesday to introduce new legislation that would overrule parts of the Northern Ireland Protocol if the EU did not compromise on negotiations over customs checks on goods crossing the Irish Sea.

The Government points out that Article 16 of the Protocol allows either side to take unilateral action to suspend elements of the deal “leads to serious economic, societal or environmental difficulties”.

While the EU claims any such action would mean breaking an international agreement, ministers have regularly reminded Brussels they were the first to announce plans to rip up the deal.

“We managed to solve that problem in, I guess, three and a half hours,” Mr Vale de Almeida said today as he said the EU quickly withdrew its command to trigger Article 16 in the face of backlash.

“It was a mistake made by some people in our system which was corrected which never saw the light of the day in terms of the legislative proposal.

“You know, if people want to amplify it to make it a chasm that justifies action down the road that’s their responsibility.

“And we believe this is as being excessively overblown, magnified, for whatever reasons.”

He added the EU had “apologised profusely” and fixed the row “before it had any impact”.

Dismissing the incident as irrelevant, he concluded: “I don’t think that should is a good enough excuse to rock the boat of our relationship.”

At the height of tensions over the global supply of Covid vaccines, the EU had announced it was suspending the Protocol to impose checks on goods travelling between Northern Ireland and the Republic.

DON’T MISS:
Brexit POLL: Should Britain be scared of a trade war with EU? [VOTE]
EU gun to our head saw British manufacturing ‘given away’ [COMMENT]
Labour in NEW pact with Brexit-bashing Lib Dems to defeat Boris [INSIGHT]

If the plans had gone through, there would have been a serious risk of destabilising the Good Friday Agreement.

The EU backed down after outrage from the UK and Ireland over the proposals.

Ms Truss insists while the UK still wants to agree on a negotiated solution to the frictions caused by the Protocol, she has said she will take action unilaterally if necessary.

Brussels claims the customs checks are needed to ensure goods do not end up in the EU’s single market through the back door.

But Unionists argue the current heavy-handed implementation of checks by the EU is having a detramental impact on trade to Northern Ireland.

Britain wants the EU to agree to scrap customs checks on goods which are unlikely to risk entering the single market and only impose checks on those goods travelling to the Republic of Ireland.

Ms Truss said on Tuesday she would bring forward legislation to overwrite parts of the Protocol to reduce “unnecessary bureaucracy” if the EU did not shift on its negotiating lines.

She said the legislation would introduce separate “green” and “red” lanes for goods travelling between Great Britain and Northern Ireland, drawing a line between those destined to stay within the UK and those heading to the Republic of Ireland and beyond.

“Robust penalties” would be imposed on those who “seek to abuse the new system”.

Talks over the Protocol are set to take palce between the UK and EU in the coming weeks.