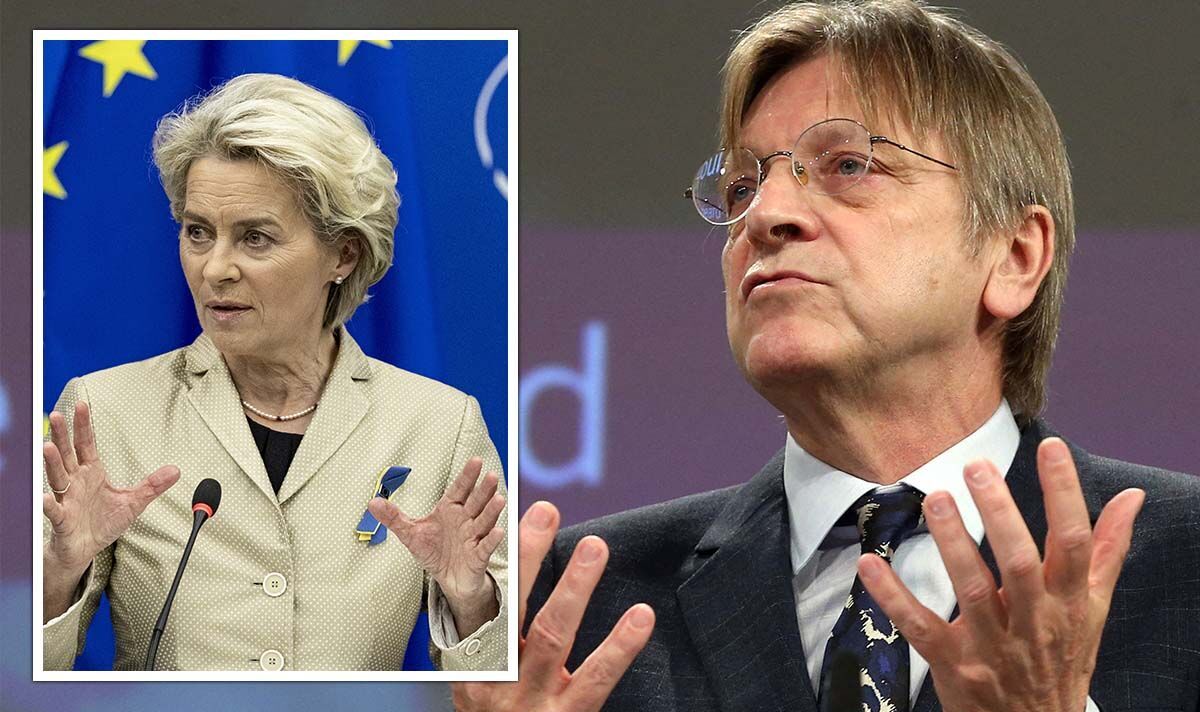 Last month, the Belgium MEP demanded that the EU immediately cut all of Putin’s fossil fuels. But today, the EU is still buying Russia’s oil and gas, despite announcing plans to wean itself off the energy source. Mr Verhofstadt is furious with the EU for still handing Putin billions, while also caving to Russian demand to pay for rubles in gas.

“We’ll find a fix to buy his gas with rubles.

“We’ll not touch his cronies too much Let’s hope brave Ukraine stops Putin soon because we certainly won’t.”

This comes after Italian energy company Eni announced it will open a ruble-denominated account at Gazprombank.

This is to ensure that its next payment for Russian gas due in the “next few days” gets accepted by Russia.

Putin has warned that “unfriendly” countries that they must buy Russian gas in rubles by March 31 or else face a supply cut.

He made clear that to do so, European nations must open up ruble accounts in Russian banks, and if not, Moscow would rip up its gas contracts.

Now, Italy appears to have caved to the demand, despite fears that it could undermine Western sanctions.

But for Mr Verhofstadt, the EU should not be buying any gas from Russia in the first place.

“No European money for Putin’s army.”

But the EU is still buying Russia’s oil too, even though the Commission has put forward a proposal to ban the energy source.

This is being hindered by Hungary, which has not backed the proposed embargo and had requested financial support to compensate for the loss of supplies from Moscow.

Hungarian Foreign Minister Peter Szijjarto argued earlier this week that it would cost €18billion (£15.2billion) for Budapest to move completely away from Russian oil supplies.

And all 27 members of the bloc need to back the embargo for it to be slapped down on Russia.

Meanwhile, Putin is raking in huge profits from the sales of oil.