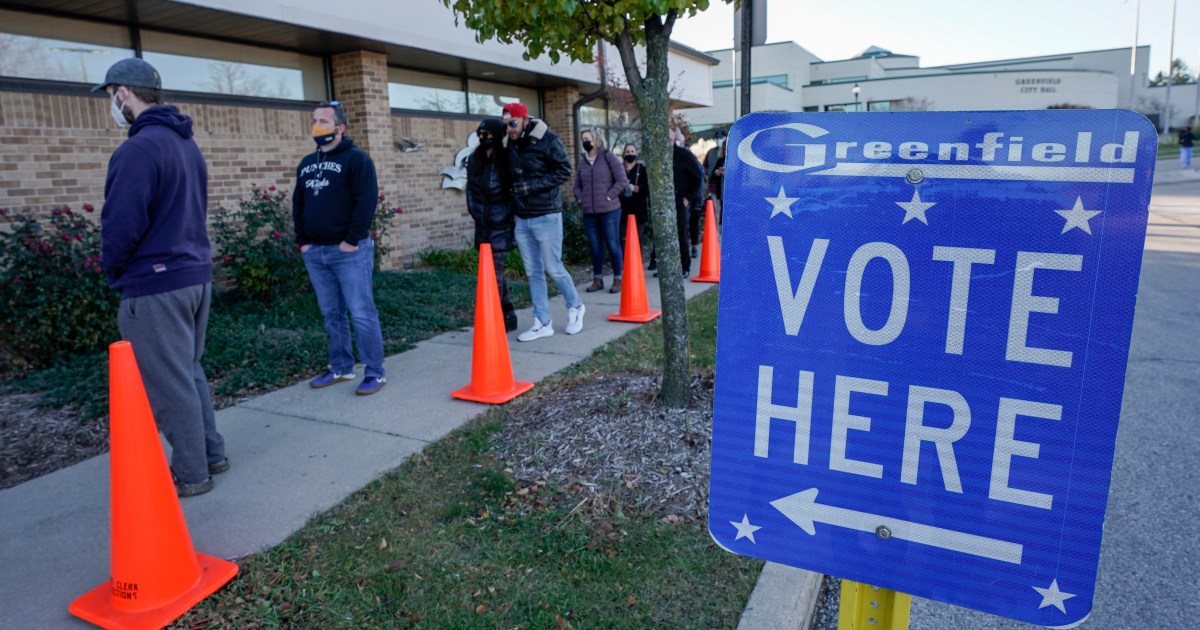 The Supreme Court of the US state of Wisconsin has ruled that absentee ballot drop boxes may be placed only in election offices and that no one other than the voter can return a ballot in person, in a decision Democrats said would make it harder to vote in the battleground state.

The court’s decision on Friday did not address whether anyone other than the voter can return their own ballot by mail. That means that anyone could still collect multiple ballots for voters and, instead of using a drop box, put them in the mail.

Republicans have argued that practice, known as ballot harvesting, is rife with fraud although there has been no evidence of that happening in Wisconsin. Democrats and others argue that many voters, particularly the elderly and disabled, have difficulty returning their ballots without the assistance of others.

Supporters have argued drop boxes are a better option than mailing ballots because they go directly to the clerks and cannot be lost or delayed in transit.

The decision came in advance of the August 9 primary and the midterm elections where Republican US Senator Ron Johnson and Democratic Governor Tony Evers are seeking reelection in key races.

The court’s 4-3 ruling also has critical implications in the 2024 presidential race, in which Wisconsin will again be among a handful of battleground states. President Joe Biden defeated Donald Trump in 2020 by just less than 21,000 votes, four years after Trump narrowly won the state by a similar margin.

Johnson and other Republicans hailed the new rule as a win for voter integrity.

“This decision is a big step in the right direction,” Johnson said.

Evers said the ruling will make it more difficult for people to vote.

“The right to vote is at the heart of our democracy – it should be easier for eligible Wisconsinites to vote, not harder,” Evers said in a tweet on Friday.

The right to vote is at the heart of our democracy – it should be easier for eligible Wisconsinites to vote, not harder. Politicians should not decide elections, the people should.

Democratic Party Chairman Ben Wikler said the decision will have a disproportionate effect on disadvantaged voters.

“We know this decision will impact people with disabilities, seniors, people living in rural communities, people with limited means, few transport options, and inflexible work schedules, who are disproportionately young people and people of color,” Wikler in a statement.

The popularity of absentee voting exploded during the pandemic in 2020, with more than 40 percent of all voters casting mail ballots, a record high. At least 500 drop boxes were set up in more than 430 communities for the election that year, including more than a dozen each in Madison and Milwaukee — the state’s two most heavily Democratic cities.

After Trump lost the state, he and Republicans alleged that drop boxes facilitated cheating, even though they offered no evidence. Democrats, election officials and some Republicans argued the boxes are secure.

The conservative law firm Wisconsin Institute for Law & Liberty sued in 2021. The state Supreme Court in February barred the use of drop boxes outside election clerk offices in the April election for local offices, such as mayor, city council and school board seats. The court ruled Friday on the question of whether to allow secure ballot boxes in places such as libraries and grocery stores.

Concerns about the safety of drop boxes expressed by the majority “is downright dangerous to our democracy” Justice Ann Walsh Bradley wrote in dissent.

“But concerns about drop boxes alone don’t fuel the fires questioning election integrity,” she wrote. “Rather, the kindling is primarily provided by voter suppression efforts and the constant drumbeat of unsubstantiated rhetoric in opinions like this one, not actual voter fraud.”

Republicans have made several moves since Trump’s defeat to tighten access to ballots in other battleground states. The restrictions especially target voting methods that have been rising in popularity, erecting hurdles to mail balloting and early voting that saw explosive growth during the pandemic.