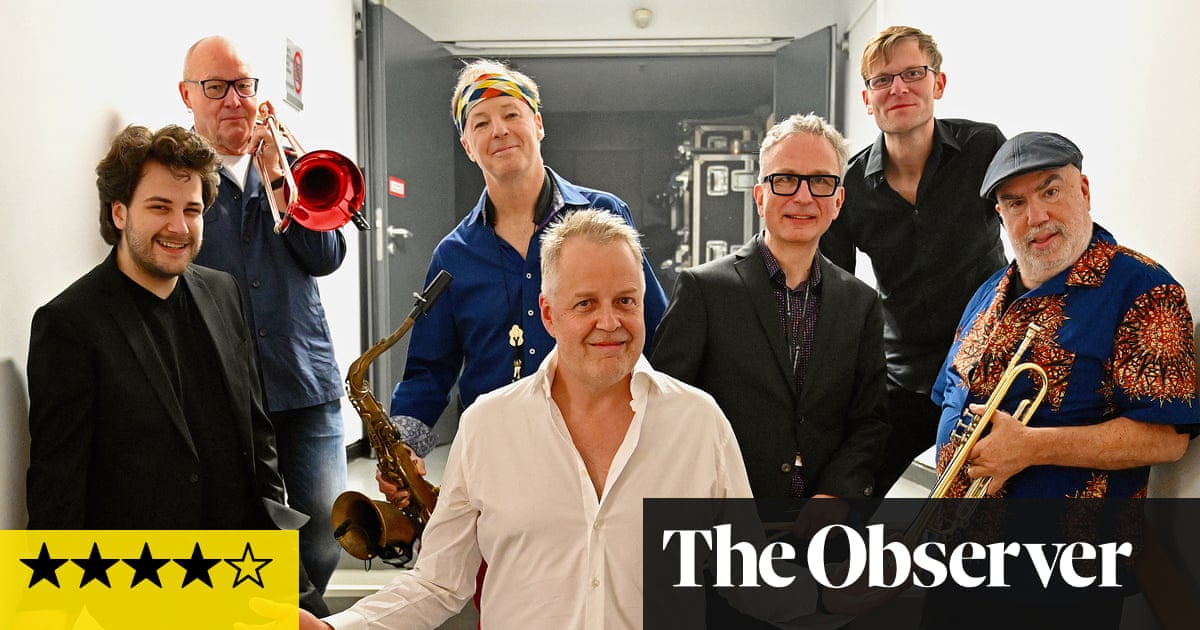 Wolfgang Haffner is Europe’s top jazz drummer. He’s also a considerable composer and record producer. Unlike some band-leading drummers, he doesn’t treat every number as his personal showcase. He’s a musician first. This double album was recorded on tour late last year, and by their masterly performance I can well believe that the other six players – three German, two American and one Swedish – really do constitute Haffner’s Dream Band.

There’s always something uplifting about the sound of a small band bursting into an ensemble passage with all the accuracy and fire of a big band, which they sometimes do here. And there’s a wealth of individuality in the solos. I loved Nat Adderley’s tune Sweet Emma, with Randy Brecker (trumpet), Bill Evans (tenor saxophone) and Nils Landgren (trombone) taking turns while Haffner quietly stokes up the rhythm behind them. It’s modern but timeless too. As I played through these 20 tracks, I felt certain that what made the whole thing seem so natural and groovy was Haffner himself, his wonderful keyboard man Simon Oslender, and bassist Thomas Stieger. A good rhythm section and you’re made.