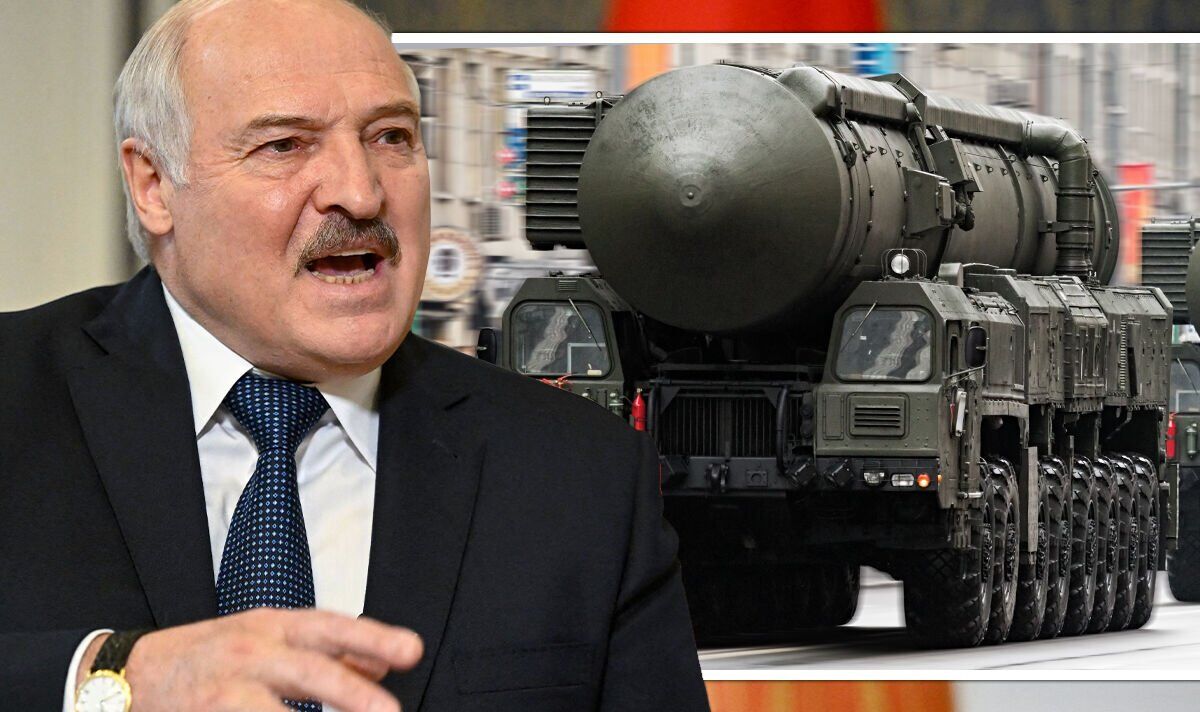 Belarusian President Alexander Lukashenko has long stood by Putin’s side, allowing the Kremlin to launch attacks on Ukraine from Belarusian soil. But Lukashenko, who has spent nearly 30 years in power with a close alliance with Putin, has previously admitted the war had not gone according to the Kremlin’s plan.

He told the Associated Press in May: “I want to stress one more time: I feel like this operation has dragged on.”

But he said he wished for an end to the conflict, adding Belarus had “done and are doing everything” to stop the war.

Lukashenko reiterated this thought on Thursday, but added a chilling “nuclear” dimension to his warning.

He told AFP: “Let’s stop and then we will figure out how to go on living.

“There’s no need to go further. Further lies the abyss of nuclear war.”

But the Belarusian leader accused Western countries backing Kyiv of picking a fight with Moscow and forcing Putin’s hand.

He said: “You have fomented the war and are continuing it.”

He added: “We have seen the reasons for this war.”

Kremlin spokesperson Dmitry Peskov said in March: “We have a concept of domestic security, and it’s public.

“You can read all the reasons for nuclear arms to be used.”

He added: “So if it is an existential threat for our country, then it can be used in accordance with our concept.”

Shortly after the invasion, Putin ordered Russia’s nuclear deterrent forces to be put on high alert.

UN Secretary-General, Antonio Guterres, observed that the invasion marked the first time in decades conversations about the possibility of nuclear warfare were back on the international diplomatic table.

He said: “The prospect of nuclear conflict, once unthinkable, is now back within the realm of possibility.”

The following month, Lavrov called the danger of nuclear conflict “serious” and “real”.

He said in April: “The risks now are considerable.

“I would not want to elevate those risks artificially. Many would like that. The danger is serious, real. And we must not underestimate it.”