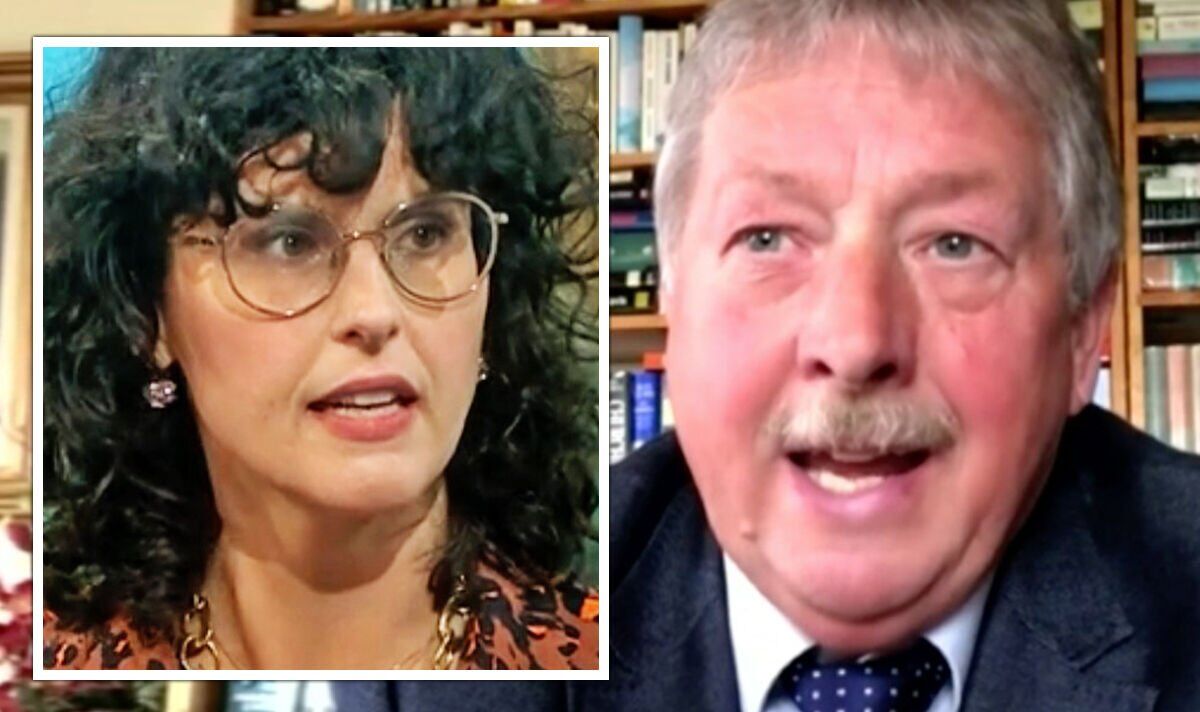 Liberal Democrat MP Moran argued that the DUP and Conservative Party were to blame for the current Brexit row surrounding the Northern Ireland Protocol. The trading mechanisms put in place under the terms of the Protocol have left many Unionists in Northern Ireland concerned about higher costs and their constitutional status within the UK. Ms Moran went up against Mr Wilson from the DUP, a party firmly opposed to the Protocol in its current form.

Ms Moran told BBC Politics Live: “The reason why this is happening is because of the choices the Conservative Party and the DUP made over what type of Brexit they wanted.

“It was inevitable once they decided they wanted the hardest of hard Brexits that there was going to be a border.

“Then a consequence of that was there was going to be checks.

“So that is where we are and they signed that agreement.”

Mr Wilson slapped down the Lib Dem MP over the “true intent” of the European Union in pushing for the Protocol.

He told BBC Politics Live: “This really shows what the true intent of the Protocol was.

“The true intent of the protocol was to try and tie the whole of the United Kingdom down to the EU regime through the backdoor in Northern Ireland.

“It was not inevitable that there shouldn’t be a border between Northern Ireland and Great Britain.”

However, according to the Foreign Office readout of the call, Mr Sefcovic again insisted that there is “no room to expand the EU negotiating mandate or introduce new proposals to reduce the overall level of trade friction”.

The spokesman said: “The Foreign Secretary noted this with regret and said the situation in Northern Ireland is a matter of internal peace and security for the United Kingdom, and if the EU would not show the requisite flexibility to help solve those issues, then, as a responsible Government, we would have no choice but to act.”