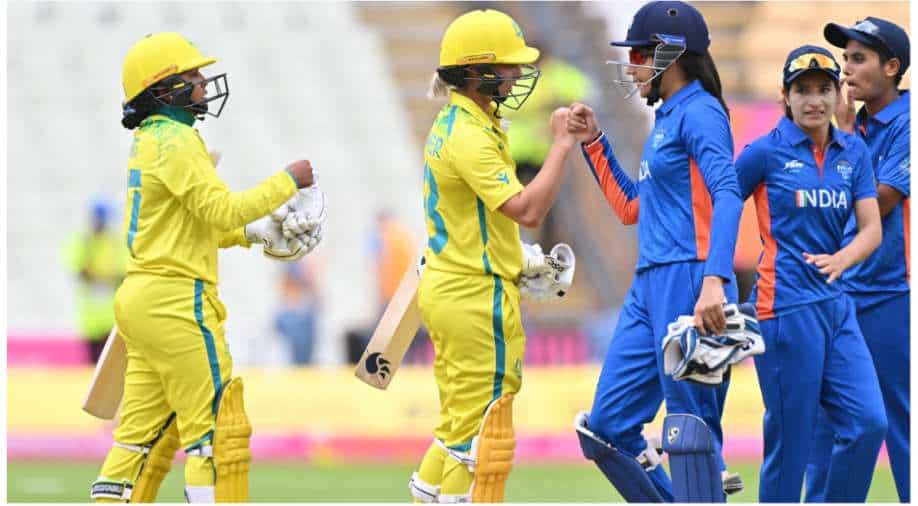 Australia beat India by three wickets in the opening Group A game of the Commonwealth Games here on Friday. Electing to bat, India posted a challenging 154 for eight in 20 overs with skipper Harmanpreet Kaur hitting a breezy half-century.

Harmanpreet smashed 52 off 34 balls with eight fours and a six while opener Shafali Verma played an attacking knock of 48 off 33 balls.

Smriti Mandhana (25 off 17 balls) also started well but couldn’t convert that into a substantial knock.
Left-arm spinner Jess Jonassen (4/22) was the pick of the Australian bowlers. Australia overhauled the target of 155 with an over to spare.

Ashleigh Gardner top-scored for Australia with a 35-ball 52 not out. For India, Renuka Singh grabbed four wickets for 18 runs, while Deepti Sharma took two wickets. Meghna Singh got one wicket.