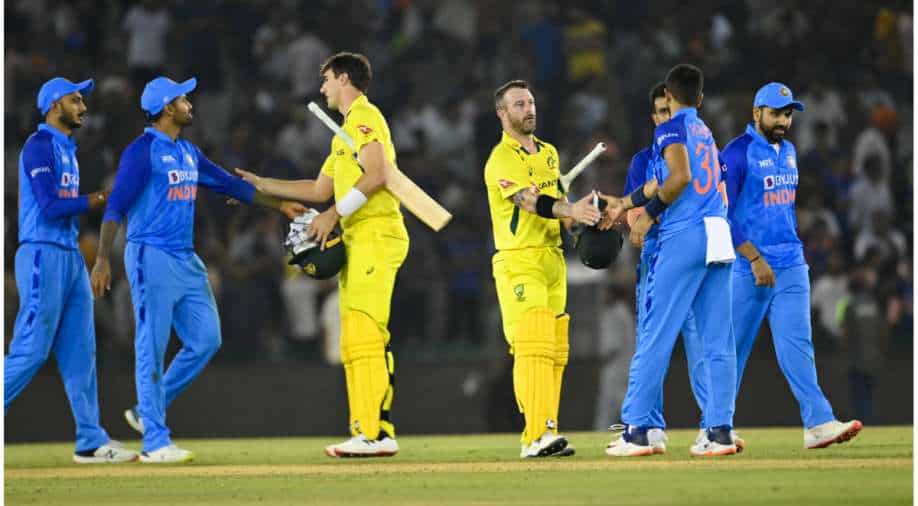 Before the T20 World Cup 2022 edition, to be held in Australia from October-November, India are involved in a three-match T20I series versus Australia, at home, and will then host South Africa in three T20Is and ODIs, each, before heading to the showpiece event. Since the Asia Cup 2022 edition, Rohit Sharma & Co. have disappointed their fans with their performances and their main concern remains death bowling.

India leaked runs in the death overs in their Super Four face-off versus Pakistan and the script remained the same versus Sri Lanka as well (losing both the games in the last over). In the three-match T20I series opener versus T20 world champions Australia, India posted 208 for 6 — their highest score in the format versus Australia — but failed to defend it as Aaron Finch & Co. won by four wickets in 19.2 overs courtesy of Cameron Green’s 61 and Matthew Wade’s 21-ball 45 not out.

India had reduced Australia to 145-5, at the PCA IS Bindra Stadium, Mohali, after they were cruising at 109 for 1 at the halfway mark. However, the likes of Bhuvneshwar Kumar, Harshal Patel, Hardik Pandya, Umesh Yadav and Yuzvendra Chahal leaked runs — with each going in excess of 11 an over — whereas spinner Axar Patel was the only impressive bowler, conceding 3 for 17. Bhuvi, the most experienced of the lot, leaked 31 runs in his last 12 deliveries whereas Harshal gave away 22 in the penultimate over.

After the match, the Rohit-Rahul Dravid-led Indian team management remains concerned with the death-bowling woes. As per a report in InsideSport, the BCCI selectors also remain ‘concerned’ and will talk to the team management to address the bowling issues before the T20 WC Down Under.

“Of course, it’s a concern when our bowlers cannot defend 208. But there is time and you have to understand that the Mohali pitch was batting heaven. So, it would not be ideal to discard them based on one match. We will talk to the team management on the help they need to make this work,” one of the selectors was quoted as saying by InsideSport.

“Jasprit is still not 100%, Harshal has just returned, and a senior campaigner like Bhuvneshwar has a dip in form at the worst possible time. So, it’s concerning. Umesh has returned from injury, so he was a bit off the rhythm. They will bounce back,” the selector added.

Since the T20 WC will be held in Australia, a place where bowlers are offered good conditions, Jasprit Bumrah’s fitness and Bhuvneshwar’s dip in form have kept the selectors worried.

Bumrah, who is returning from a back injury which ruled him out of the Asia Cup, missed the Australia T20I series opener. He is likely to be part of the second and penultimate tie with the series on the line. The selectors, Indian team management and fans will hope for the bowlers to come good in their remaining encounters in the run-up to the marquee tournament in Australia, from next month.