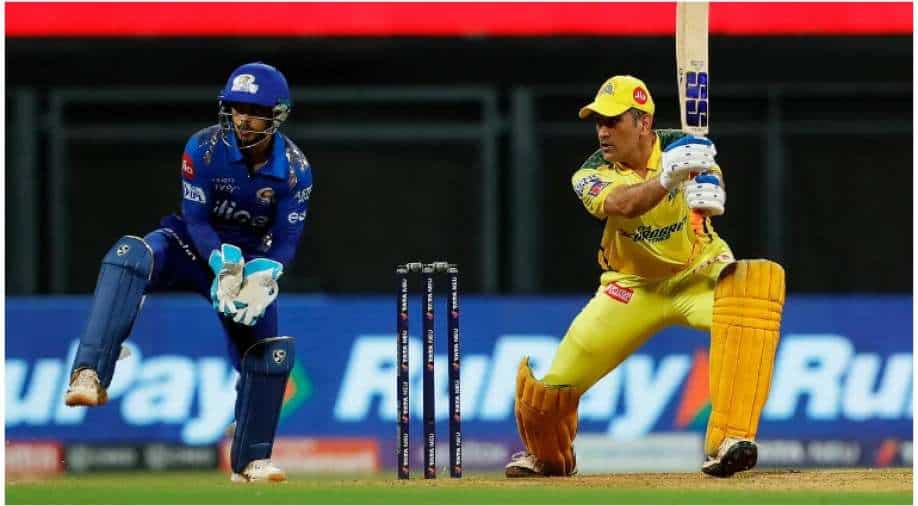 MS Dhoni-led Chennai Super Kings (CSK) have locked horns with their arch-rivals and bottom-ranked Mumbai Indians (MI) in match 59 of IPL 2022 edition, on Thursday evening (May 12), at the Wankhede Stadium, Mumbai. In a must-win clash for the defending champions and four-time winners, nothing has clicked for them including the coin toss.

After being asked to bat first, CSK paid the price for both teams not having the DRS available to them due to power cut at the iconic stadium. As a result, Devon Conway, in the in-form opener, was wrongly adjudged lbw and Chennai never recovered from thereon. They were 29-5 and managed to reach close to the three-figure mark due to MS Dhoni’s 33-ball 36*. Chennai eventually folded for a paltry 97 in 17 overs (rocked by Daniels Sams’ 3 for 16 and two scalps each from Riley Meredith-Kumar Kartikeya) to succumb to a new low in what has been a forgettable season for them.

ALSO READ | CSK vs MI: EXPLAINED! Here’s why both teams were deprived of DRS during first 10 balls of the contest

Thus, this became CSK’s second-lowest total in IPL (both coming versus MI at the same venue).

Low totals for CSK in IPL

ALSO READ | Ravindra Jadeja might not be with CSK in IPL 2023, says ex-Indian opener amid rift rumours

CSK had to win the game anyhow, that too by a big margin, to keep their playoff hopes alive. After their dismal run in the first half of the encounter, they are down and out and heading towards an early exit in their title-defence campaign.