Skip to content
HomeSportsCSK vs MI: EXPLAINED! Here’s why both teams were deprived of DRS during first 10 balls of the contest 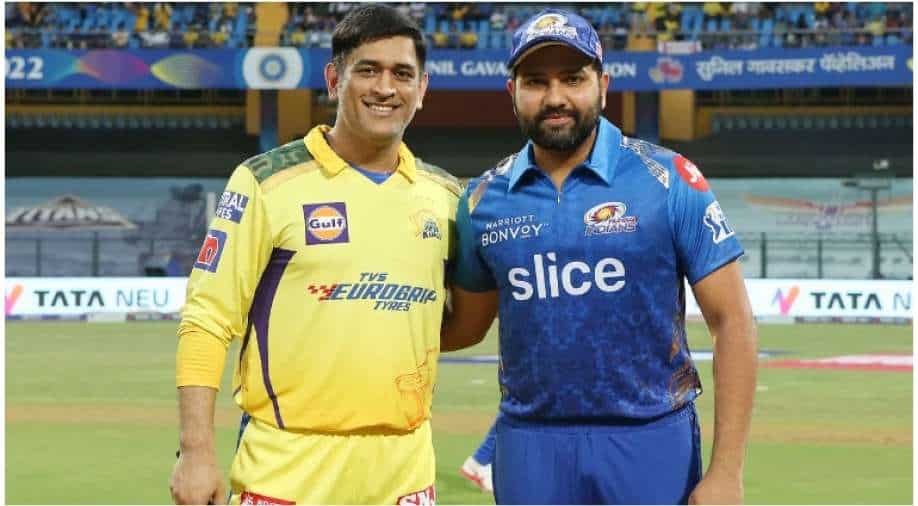 Match 59 of IPL 2022 edition between Chennai Super Kings (CSK) and Mumbai Indians (MI) got underway in an unusual manner on Thursday evening (May 12), at the iconic Wankhede Stadium, Mumbai.

Firstly, the coin toss was delayed by a bit due to one of the floodlights going off. After Rohit Sharma-led MI franchise opted to bowl first, both sides were informed that they couldn’t use the DRS for sometime due to powercut at the stadium. Thus, CSK opener and in-form batter Devon Conway paid the price by getting dismissed on the first ball he faced, which was clearly sliding down the leg side. Nonetheless, the New Zealander couldn’t take the decision upstairs due to the unfortunate power cut.

ALSO READ | Ravindra Jadeja might not be with CSK in IPL 2023, says ex-Indian opener amid rift rumours

The DRS became available after ten completed deliveries. By then, Dhoni-led CSK were tottering at 5-3 with Conway, Moeen Ali and Robin Uthappa perishing for cheap.

The defending champions and four-time winners Chennai, who are playing a must-win match to keep the playoff hopes alive, have paid a big price for the power shortage. The Yellow Army lost half their side for a paltry 29 runs on board in less than six overs. The 2021 winners need to win all their remaining games to stand any chance of qualifying for the playoffs, which looks like an improbable task at present.

At the coin toss, Rohit reflected on the CSK-MI rivalry and stated, “It’s brilliant to play against Chennai, it’s always like that. We need to try and win the game.”

On the other hand, Dhoni opined on all-rounder Ravindra Jadeja being ruled out due to injury and said, “It’s tough to replace him, don’t think anyone can field better, no replacement in that aspect.”