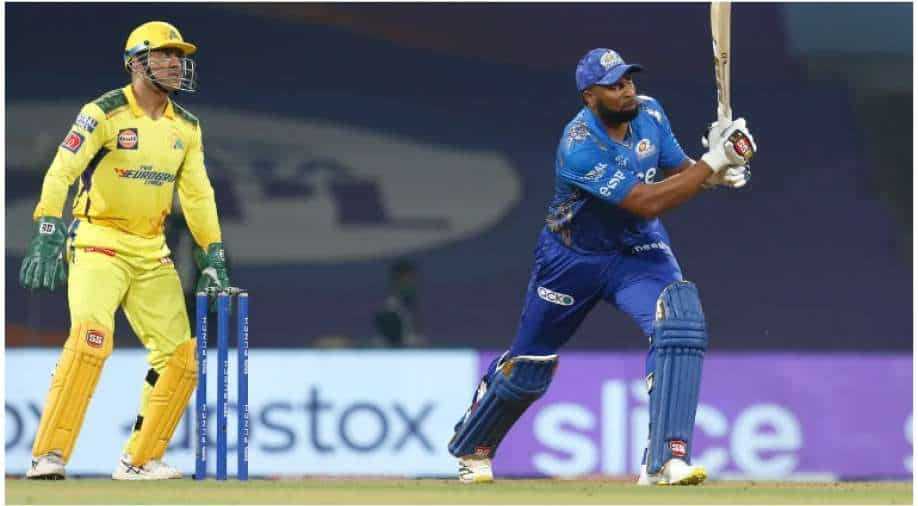 The El Clasico of IPL returns as the five-time champions and bottom-lying Mumbai Indians (MI) are all set to lock horns with the arch-rivals MS Dhoni-led Chennai Super Kings (CSK) in match 58 of IPL 2022 edition, on Thursday evening (May 12), at the Wankhede Stadium, Mumbai.

Exactly three years back, Rohit Sharma’s MI franchise had beaten Dhoni-starrer Chennai by a run in IPL 2019 final to win their fourth title. This time around, the Mumbai outfit will be desperate to return to winning ways and also end CSK’s playoff hopes with a win on Thursday evening. For the unversed, MI were the first team to be out of the playoffs race and if they manage to settle scores with CSK this time around, following their close loss to the Yellow Army earlier this season, it will also end Dhoni & Co.’s hopes of progressing ahead. Hence, a lot is riding on this battle despite both sides languishing at the bottom.

Talking about both teams’ form, MI won two in a row after eight successive defeats. However, they lost to Kolkata Knight Riders (KKR) by 52 runs in their previous encounter. On the other hand, CSK have had some change of fortunes ever since Dhoni returned as their captain. Since then, they have won twice and lost one clash. In their last outing, Chennai defeated Delhi Capitals (DC) by a whopping 92-run margin and will hope for another big win to bolster their NRR and keep playoff hopes alive.

Match prediction for CSK vs MI encounter: The toss at the Wankhede has always been crucial. While captains have largely preferred chasing, only thrice out of 15 games has a winning captain opted to bat first at this venue. Out of those three instances, totals have been defended twice, hence, batting first is also not a bad option here. Nonetheless, the toss will remain critical. Will MI rely on birthday boy and CSK’s nemesis Kieron Pollard to upset CSK’s chances? A close and moderate-scoring contest on the cards!!!