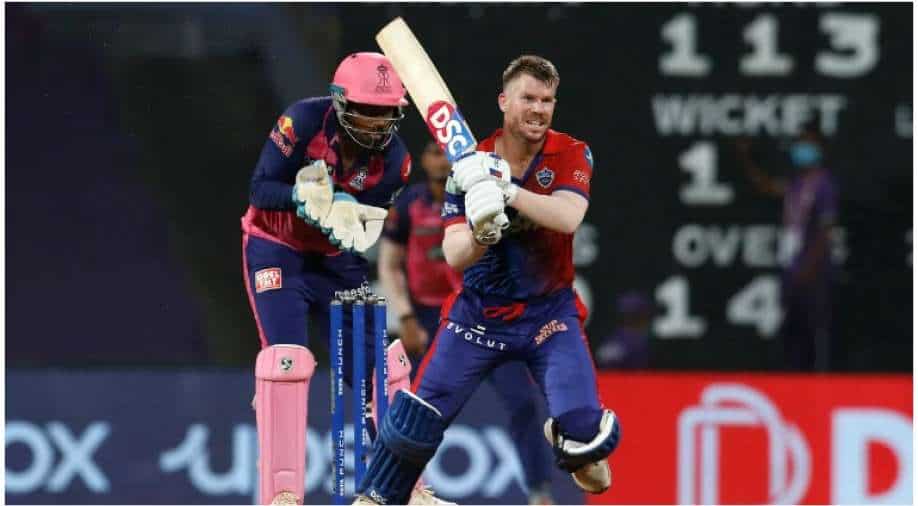 Rishabh Pant-led Delhi Capitals (DC) went past the one-time winners and third-ranked Rajasthan Royals (RR) by eight wickets in match 58 of IPL 2022 edition, on Wednesday (May 11), at the Dr. DY Patil Stadium, Mumbai.

In a bid to keep their playoff hopes alive, Delhi produced an all-round performance to restrict Sanju Samson & Co. for 160-6 and later chased it down by eight wickets and 11 balls to spare, riding on Mitchell Marsh’s 2/25 and 89 (62). While Marsh produced a memorable show, DC opener David Warner — who has been in rollicking form in IPL 15 — once again contributed with another fifty this season (5th) to remain unbeaten on 52 (41) after stitching a match-winning 144-run second-wicket stand with his Aussie teammate.

By virtue of his knock, Warner breached the 400-run mark for the 8th time in his IPL career. Thus, he is now only the third batter after Virat Kohli and Shikhar Dhawan to have in excess of 400 runs in a season on as many as eight occasions. The list is topped by Suresh Raina, with over 400 runs in nine seasons.

After the win, Warner said at the post-match presentation, “Feels good to get across the line. How good was Mitch there! Came out there and started positive. We just told him that if he can get an 80 or 90, he can games for us. Bowlers did a great job too. It was a bit two-paced, that hard length wasn’t easy to hit. Some bounced a bit extra. It’s important (to win big) as net run rate is a big factor with many teams in the race for those spots. Everyone is in good spirits and this is a great win for us.”

Warner — the only batter to win the Orange Cap thrice — will be eager to continue his merry run in DC’s remaining two games and take them to the playoffs. He is DC’s highest run-getter this year and occupies the third spot overall.