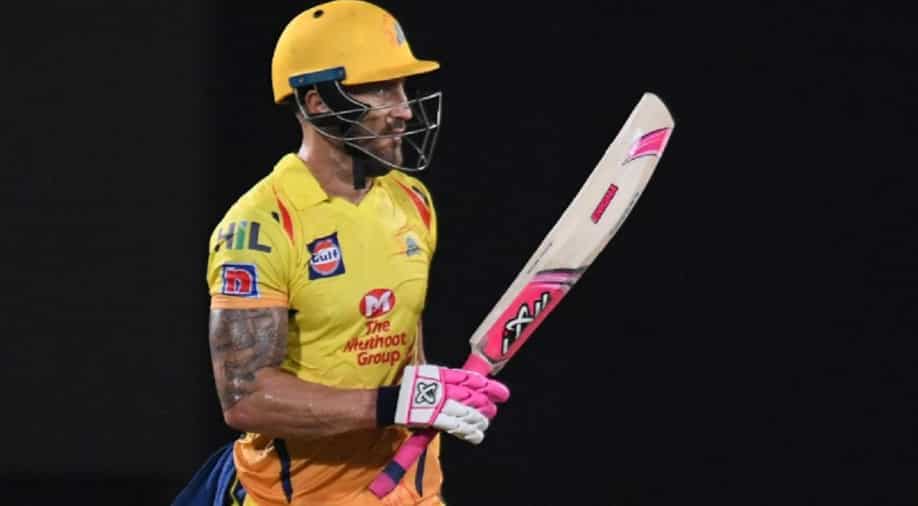 Former Chennai Super Kings (CSK) batter Faf du Plessis is all set to reunite with the franchise as he has been reportedly roped in by the CSK management as a marquee player for their team in South Africa’s new T20 league. Cricket South Africa (CSA) is yet to name the T20 tournament which is set to get underway next year and will have six teams, all owned by the Indian Premier League (IPL) franchises.

All six franchises have already made some key signings as Wednesday (August 10) was the last day for the direct acquisition of players. Cricket South Africa had asked all six teams to submit a list of a maximum of five players they have signed with a minimum of one South African part of the list.

The CSA rules also state that a franchise can only have three foreigners as part of their final five with not more than two players from one country, and at least one uncapped player on the list. As per a report in Cricbuzz, all six teams have retained some of the players from their existing teams in the IPL.

As per Cricbuzz, CSK have roped in Du Plessis for their Johannesburg franchise. The former South Africa captain was part of the CSK squad in the IPL from 2011 to 2021 barring just two seasons in 2016 and 2017 when the team was banned from the competition. However, CSK couldn’t retain Du Plessis in the IPL 2022 mega auction earlier this year as he was bought by Royal Challengers Bangalore.

Apart from Du Plessis, CSK have also signed England all-rounder Moeen Ali for their Johannesburg franchise. Ali will now for a CSK-owned franchise in both the IPL and the South African league. Mumbai Indians, who have acquired the MI Cape Town team for the CSA T20 league, have signed a host of superstars.

The franchise on Thursday (August 11) confirmed they have roped in Rashid Khan, Sam Curran, Kagiso Rabada and Liam Livingstone for the South African T20 league. As per Cricbuzz, Delhi Capitals have retained their South African pacer Anrich Nortje while Sunrisers Hyderabad, who own the Port Elizabeth team, have retained Aiden Markram.

Rajasthan Royals, the owners of the Paarl team, have managed to retain their IPL superstar Jos Buttler while Lucknow Super Giants have kept hold of Quinton de Kock for their Durban franchise in the CSA league. The T20 league in South Africa is likely to clash with UAE’s league – ILT20 next year.

However, all the players who have committed to playing in CSA’s T20 league are likely to snub ILT20 for its South African counterpart.