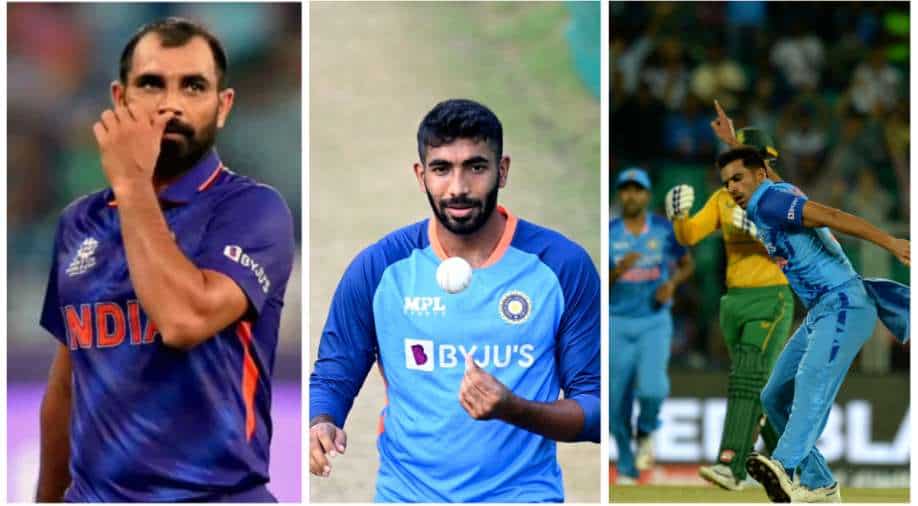 Jasprit Bumrah’s back injury has created a huge stir. The entire Indian cricket fraternity is hoping for his quick recovery but reports suggest that the premier pacer can be out of action for four to six months, resulting in his possible ouster from the forthcoming T20 World Cup in Australia.

While BCCI is yet to drop an official statement regarding Bumrah’s T20 WC chances, the 28-year-old is certainly out of the remaining home T20Is versus South Africa, with the board naming Mohammed Siraj as his replacement.

Confirming the news of Bumrah’s back injury, the BCCI tweeted on Friday (September 30), “The All-India Senior Selection Committee named Mohd. Siraj as replacement for injured Jasprit Bumrah for the remainder of the T20I series against South Africa. Bumrah has sustained a back injury and is currently under the supervision of the BCCI Medical Team.”

Thus, speculations are rife on who will replace Bumrah if he misses the T20 WC, starting on October 16. In this regard, former Indian stumper and selector Saba Karim has named Md Shami as his first-choice.

“I’ll go ahead with Mohammed Shami because he will find form although he hasn’t played, but he’s that kind of bowler who, once given an opportunity, can always step up and do the job for India. Plus, with this kind of experience, you need somebody at the top who can pick you wickets and you’ve seen Shami in the last Indian T20 league,” Karim was quoted as saying on SPORTS18’s daily sports news show ‘SPORTS OVER THE TOP’.

ALSO READ | EXPLAINED! What is back stress fracture as Jasprit Bumrah likely to be ruled out of T20 World Cup

There is a close competition between Shami and Deepak Chahar to fill in for injured Bumrah. At present, Shami is on recovery mode after testing positive for Covid-19 whereas Chahar played the T20I series opener versus SA, in Trivindrum on September 28 (Wednesday), accounting for two vital scalps in India’s eight-wicket win. The pacer replaced Bumrah in the line-up.