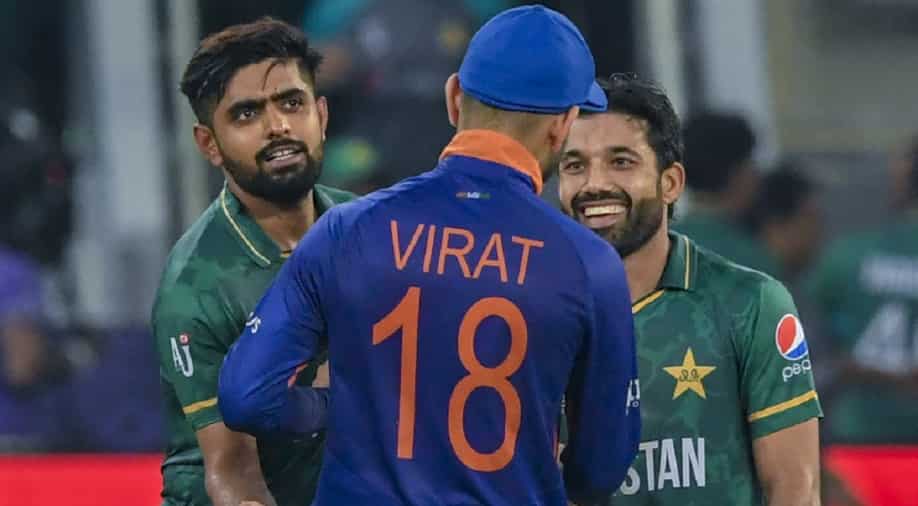 India are all set to lock horns with Pakistan in a marque clash in the upcoming Asia Cup 2022 which gets underway later this month. India have dominated their arch-rivals over the years in the premier competition and will be aiming to continue their stellar run against the Men in Green when they meet in Dubai on August 28.

The last meeting between the arch-rivals saw Babar Azam-led Pakistan thrash India by ten wickets at the T20 World Cup 2021 in the UAE to bring an end to their 29-year-long wait for their first win in a World Cup encounter against the Men in Blue. Pakistan had lost 12 matches against India in ODI and T20 World Cups before registering their maiden win last year.

Ahead of the high-profile Asia Cup clash between the two cricketing giants, former Pakistan pacer Aaqb Javed has explained why Rohit Sharma & Co. will be favourites to win against the Men in Green. Analysing the strengths and weaknesses of the two teams, Javed said India will hold an edge over Pakistan due to their experienced batting line-up.

“The difference between the two teams lies in their batting. India’s batting is still more experienced. If a batter like Rohit Sharma clicks, he can single-handedly win the match for India. Similarly with Fakhar Zaman,” Javed said on Paktv.tv.

The former Pakistan pacer also pointed out how Babar & Co. still don’t have a quality pace bowling all-rounder like Hardik Pandya, who can be the difference between the two teams in the blockbuster clash. Hardik has been in fine form with the bat and ball ever since making his comeback for India earlier this year.

“If he plays with control, he can win the match for Pakistan. But the middle-order line-up of India and Pakistan, that’s the difference. Also their all-rounder, that makes a difference. Because Pakistan does not have a Hardik Pandya like all-rounder,” Javed explained.

India will be hoping to get off to a winning start and avenge their T20 World Cup 2021 defeat when they take on Pakistan in Dubai on August 28. India will be heading into the Asia Cup 2022 as defending champions having won the last edition of the tournament under Rohit’s captaincy in 2018.