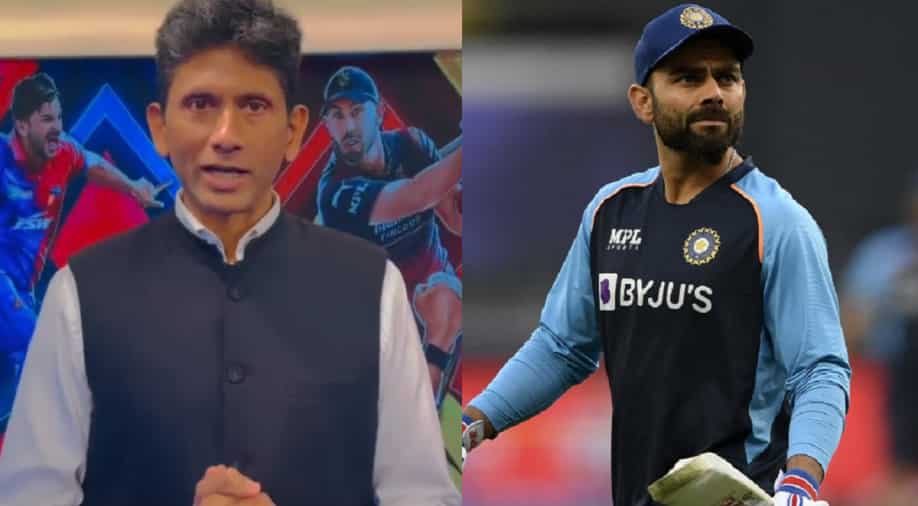 Former India cricketer Venkatesh Prasad has slammed Team India’s recent policy of resting out-of-form players and not dropping them from the team based on their reputation. Prasad believes giving breaks to players like captain Rohit Sharma and Virat Kohli would not help them in regaining their form while also stating that there are a number of talented youngsters waiting in the wings to get opportunities for Team India.

Prasad’s comments came after India’s 17-run loss against England in the 2nd T20I where the likes of Kohli and Rohit failed to deliver yet again on top of the order. Both the batters were dismissed on 11 runs each as India’s top-order crumbled under pressure in the 216-run chase. Suryakumar Yadav slammed a stunning knock of 117 runs in the game but it was not enough to take India over the line.

Prasad’s remarks have come at a time when Kohli, in particular, is facing criticism from all corners over his ongoing lean patch. The star batter has struggled across all formats in international cricket for a while now and his recent failures have led to former cricketers and experts questioning his spot in India’s T20I team ahead of the T20 World Cup 2022 this year.

Prasad too took to Twitter to take a dig at India’s selection policy under captain Rohit and head coach Rahul Dravid, pointing out how some of the legends of the game have also been dropped by Team India in the past for not performing well at the highest level. Prasad said players cannot play on reputation when talented youngsters are waiting in the wings.

“There was a time when you were out of form, you would be dropped irrespective of reputation. Sourav, Sehwag,Yuvraj, Zaheer, Bhajji all have been dropped when not in form. They have went back to domestic cricket, scored runs and staged a comeback,” Prasad wrote in a tweet.

“The yardsticks seem to have changed drastically now, where there is rest for being out of form. This is no way for progress. There is so much talent in the country and cannot play on reputation. One of India’s greatest match-winner, Anil Kumble sat out on so many occasions, need action’s for the larger good,” he added.

There was a time when you were out of form, you would be dropped irrespective of reputation. Sourav, Sehwag,Yuvraj,Zaheer, Bhajji all have been dropped when not in form. They have went back to domestic cricket, scored runs and staged a comeback. The yardsticks seem to have 1/2

Kohli, who has not scored a century in international cricket for nearly three years now, has failed to churn out runs consistently in all three formats and has been far from the standards set by himself at one stage in his career. The prolific batter’s struggles are a huge concern for India with the T20 World Cup just months away.

While former players and experts have demanded Kohli be dropped from the T20I team, Indian skipper Rohit backed the out-of-form superstar following India’s 17-run defeat in the 3rd T20I against England on Sunday. Rohit said the team management believes in Kohli’s quality and will continue to back him as highs and lows are part of a player’s career.