Skip to content
HomeSports‘Hardik Pandya is the most valuable T20 cricketer in the world’: Former Australia cricketer lauds all-rounder 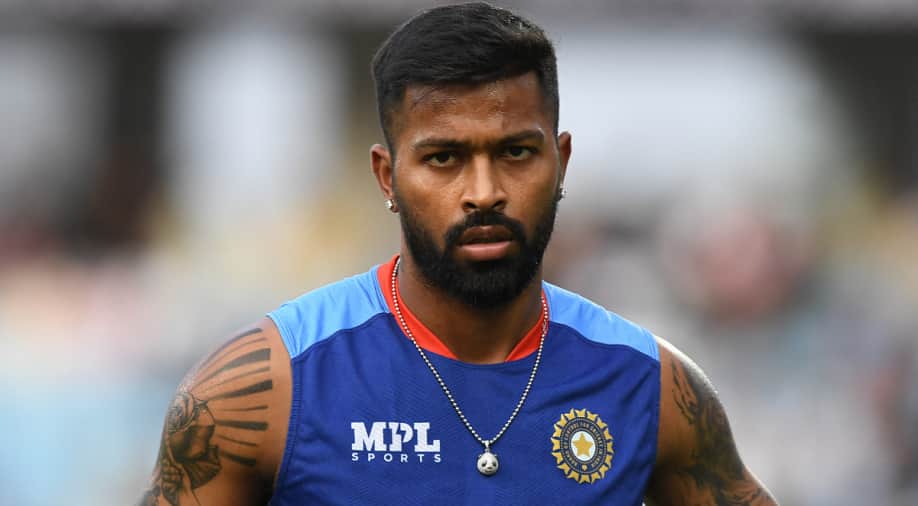 Former Australia spinner Brad Hogg has called star Indian all-rounder Hardik Pandya the most valuable T20 cricketer in the world at present. Speaking in a video on his YouTube channel where he picked the stand-out performers in international cricket in the past month, Hogg lauded Pandya for his ability to adapt and deliver under pressure for his teams.

Pandya made his comeback into the Indian team in the recently-concluded T20I series against South Africa after a phenomenal IPL 2022 campaign for his team Gujarat Titans (GT). While he led from the front with the bat for the Titans to finish as their highest run-getter in IPL 2022, Pandya also stepped up with the ball when his team required.

He continued his fine form in the T20I series against the Proteas and scored 117in 4 innings averaging over 58 and striking at an impressive 153.95. He played a brilliant cameo of 31-ball 46 in the 4th T20I against South Africa under pressure to help India win by 82 runs. Lauding Pandya, Hogg said not many can strike the ball from the word go in the death overs like the India all-rounder.

“Players who have really impressed me over the last month, that really love those pressure situations, are Daryl Mitchell from New Zealand, and Hardik Pandya from India,” said Hogg in the video.

“He wants those tough moments when his team’s back is against the wall, he wants to go out there and deliver, whether it’s with bat or ball. He is adaptable: the other night he came into those final overs and was able to find the boundary from ball one. Not many people can do that. And he can go up and do a job at the top of the order if they lose early wickets as well,” the former Aussie spinner added.

Pandya was instrumental in leading Gujarat Titans to their maiden IPL title in their debut season this year. Captaining a side for the first time in his IPL career, Pandya batted at number four for his team and led by example. He also produced a Man-of-the-Match performance in the final against the Rajasthan Royals with a 3-wicket haul and 34 runs in the game.

Hogg hailed Pandya as the most valuable T20 cricketer in the world at present and said he should be ahead of KL Rahul in the pecking order to lead Team India in T20Is in the absence of Rohit Sharma.

“He is the most valuable T20 cricketer going around in world cricket right now. Hardik Pandya should be captain of this T20 team in front of Rahul,” said Hogg.