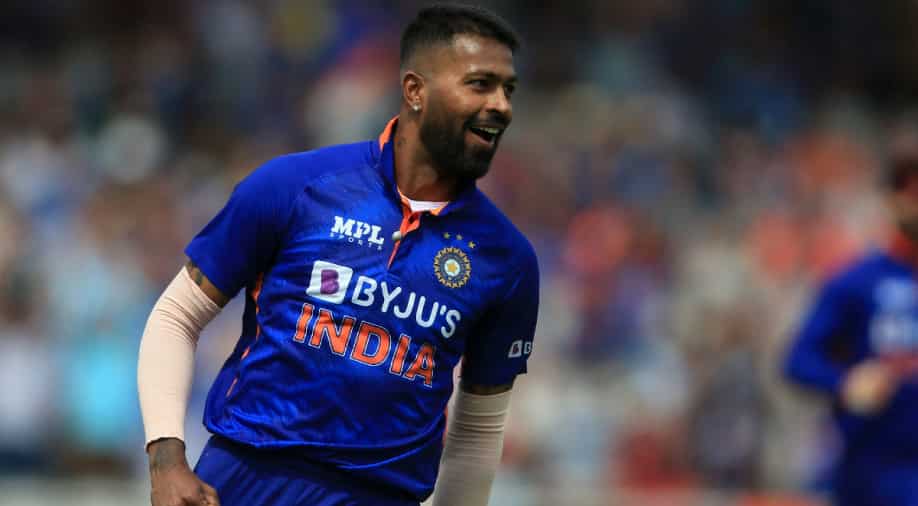 KL Rahul’s recent fitness issues have seen him miss a number of matches for India ahead of the T20 World Cup which is scheduled to be played in Australia later this year. While he has not played for India since the conclusion of the Indian Premier League (IPL) 2022 earlier this year, Rahul’s fitness issues can now reportedly see him miss out on vice-captaincy at the T20 World Cup 2022.

As per a report in Insidesport, Hardik Pandya is all set to pip Rahul to be named India’s vice-captain for T20 World Cup in Australia this year. Hardik has been enjoying excellent form with the bat and ball ever since making his comeback for the Indian team post IPL 2022 and the all-rounder has become a vital cog in the limited-overs setup once again.

The report claims that Hardik will be named India’s vice-captain when the selectors announce the squad for T20 World Cup 2022. He will serve as deputy to captain Rohit Sharma in the showpiece event. Hardik is already part of India’s leadership group and had led the team on their tour of Ireland recently.

He showcased terrific leadership skills in IPL 2022 where he led Gujarat Titans to their maiden title in their debut season before making his comeback for Team India in the South Africa series at home. Hardik was then named India’s captain for the Ireland tour where he led the team in the absence of senior players. He is currently India’s vice-captain in their ongoing T20I series against West Indies.

“Hardik is a world-class player and it’s great to have him back in the team at full fitness. Whether he will be named vice-captain is up to the selectors. But he is already a leader in the group. As an all-rounder, he understands both situations. He has outstanding leadership skills and we saw that in the IPL. He will surely do well,” a BCCI official was quoted as saying by Insidesport.

Rahul currently remains India’s designated vice-captain in white-ball cricket but his fitness issues and recent absence from one series after another might see Hardik pip him as far as T20Is are concerned. As per the report, Rahul is expected to remain India’s vice-captain in ODIs and Tests.

While it remains to be seen if Hardik will officially be announced as India’s vice-captain for the T20 World Cup 2022, a clear picture will be projected when the selectors announce India’s squad for the Asia Cup 2022 later this month. Both Rahul and Hardik are likely to be part of India’s squad for the tournament.