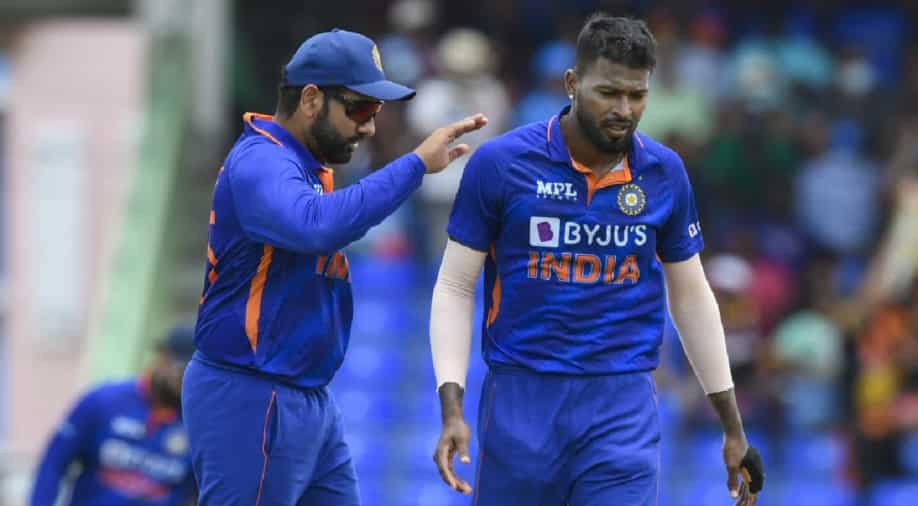 Star all-rounder Hardik Pandya is leading the Indian team in the ongoing 5th and final T20I against West Indies as captain Rohit Sharma is not playing the game. India have made several changes in their playing XI for the final T20I against the hosts in Lauderhill, Florida.

Earlier, BCCI had hinted Hardik will lead the team in the 5th T20I after he was seen inspecting the pitch ahead of the toss. However, Rohit’s absence was confirmed after Hardik walked out for the toss with West Indies skipper Nicholas Pooran on Sunday. Hardik revealed Rohit has been rested for the game along with the likes of Rishabh Pant, Bhuvneshwar Kumar and Suryakumar Yadav.

India made a total of four changes in the playing XI as the likes of Ishan Kishan, Shreyas Iyer, Kuldeep Yadav and Hardik himself returned to the playing XI. Hardik had been rested from the fourth T20I after featuring in the first three games for the Men in Blue in the ongoing five-match series.

This is not the first time Hardik is captaining India in international cricket as he has earlier captained the team for two T20Is during their tour of Ireland earlier this year. Hardik was elevated to captaincy for the first time for the Ireland series after a terrific season with Gujarat Titans in IPL 2022.

Hardik led the Titans to their maiden IPL title in their debut season and showcased his remarkable leadership skills to present his contention to become an India captain. He is also reportedly set to be named the team’s vice-captain for the upcoming T20 World Cup 2022 in Australia pipping KL Rahul to the position.

Earlier, Rohit was asked about the multiple changes in captaincy for India so far this year. The Indian team has been led by seven different captains across formats this year, including Hardik. Rohit said it is important to have leadership in the squad and that it makes his job easy.