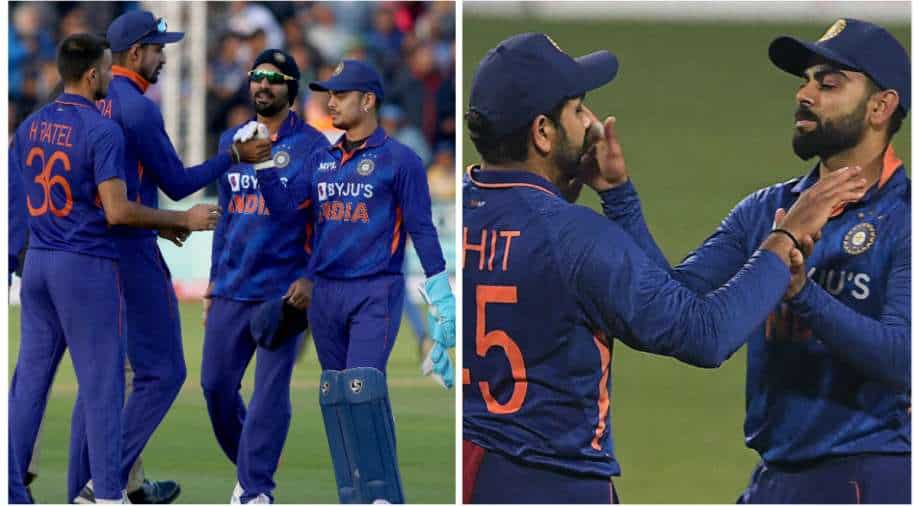 India started their white-ball series versus England on a winning note by defeating Jos Buttler-led English line-up by 50 runs in the first T20I at the Rose Bowl, Southampton on Thursday (July 07). While Hardik Pandya was the star performer, returning with 51 and 4 for 33, Deepak Hooda, Suryakumar Yadav, Yuzvendra Chahal and Arshdeep Singh also had a good outing.

After Rohit Sharma-led India’s convincing win, former Indian opener Wasim Jaffer has heaped praise on Deepak Hooda and feels his recent performances will put pressure on a struggling Virat Kohli. While Kohli’s strike rate has dipped a bit, especially in the IPL, Hooda has been onsong since the Ireland T20Is. The right-hander has had scores of 47*, 104, 59 and 33 in his last four T20Is and the 27-year-old has impressed with his hitting abilities from the word go, helping India get off to a flying start in the powerplays.

Thus, Jaffer told ESPNCricinfo, “Hooda’s performance will put pressure on Virat Kohli when he comes back. You’ve got a guy who has done so well, performed consistently in the IPL and the T20Is as well. The pressure might bring out the best of Virat Kohli.”

Lavishing praise on India’s attacking approach from the onset, Jaffer opined, “You’ve got to like the way they accelerated and the momentum they batted with. This was missing in the last T20 World Cup all the time. They are going with that aggressive approach, which is very refreshing to see.”

“The big guys who are missing, KL Rahul (after recovering from injury) and Virat, are going to come back. But India will be happy that they have got the guys to back them up. However, the approach needs to be similar. This is the brand of cricket they need to play if they want to dominate this format. This is something we would like to see from the main guys as well,” Jaffer further asserted.

Regulars such as Kohli, Rishabh Pant, Jasprit Bumrah and Ravindra Jadeja are now available for the second and penultimate T20I, to be held in Edgbaston, Birmingham on Saturday (July 09).