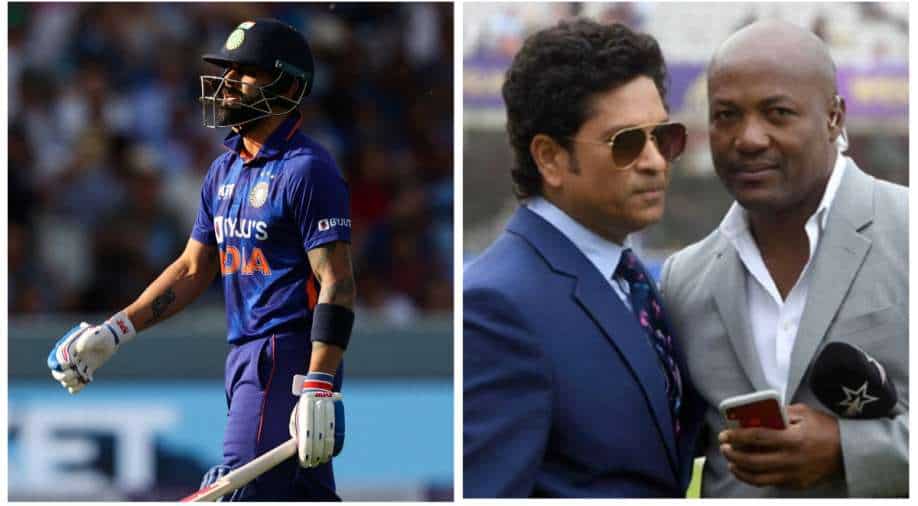 Virat Kohli’s forms struggles remains the talk of the cricketing fraternity. While Kohli’s century-drought continues since late 2019, he even failed to score a fifty across formats in the England tour. Thus, the BCCI selection committee have given Kohli some time off during India’s white-ball tour of West Indies, which gets underway on July 22.

Even though Kohli will be out of action and is expected to return to the 22-yard cricket strip during the 2022 Asia Cup, in late August, former cricketers and experts continue to shed light on the former Indian skipper’s poor run of form. Dilip Vengsarkar, India’s former captain and chief selector, opened up in this regard and cited Sachin Tendulkar’s example while mentioning how Kohli can tackle playing the balls outside off-stump line.

“If you take the example of Sachin Tendulkar in 2004, he was getting out in the same way in Australia. So, he cut off that scoring area completely and scored 241 in the last Test match of that series without playing the cover drive. Similarly, Virat also has the ability to do the same. He needs to work hard in that area and play effectively,” Vengsarkar told Khaleej Times.

Kohli has been getting out in a similar fashion match after match — playing deliveries on the fourth or fifth-stump line. Hence, Vengsarkar feels the superstar cricketer should take a leaf from SRT’s memorable unbeaten 241-run knock versus Australia in the fourth and final Test, at SCG, Sydney, in the 2003/04 Border-Gavaskar Trophy. Back then, a struggling Tendulkar hadn’t attempted playing a single delivery outside the off-stump line before settling in as he went onto play a majestic knock.