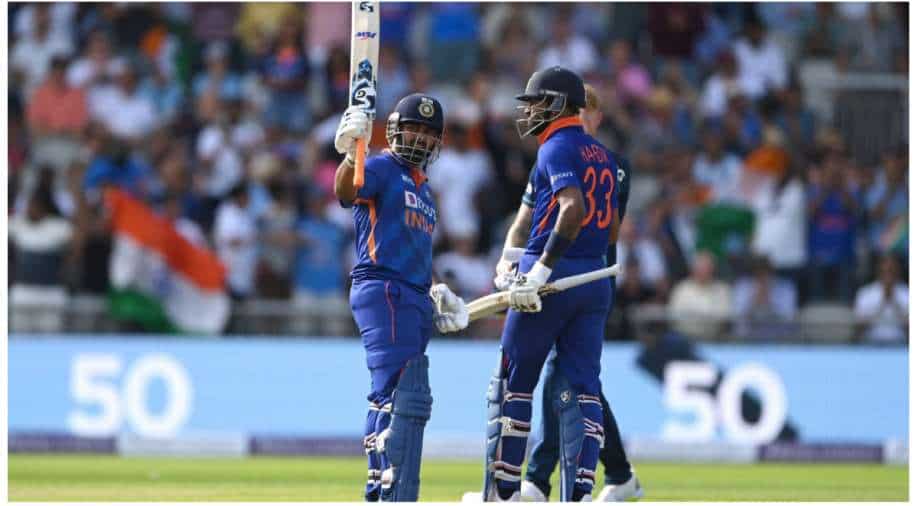 In pursuit of 260, Rohit Sharma-led India were in a spot of bother in the third and final ODI versus Jos Buttler-led England at Old Trafford, Manchester on Sunday (July 17). India lost their famed top three — skipper Rohit, Shikhar Dhawan and Virat Kohli — very soon and were reduced to 38 for 3 before Suryakumar Yadav’s dismissal further pushed India on the back foot, reeling at 72 for 4.

From thereon, Hardik Pandya — who had helped India dismiss England for 259 in 45.5 overs courtesy of his 4/24 — joined Rishabh Pant and the duo batted sensibly in the initial few overs before the all-rounder attacked swiftly and allowed the keeper-batter to play freely. Without dropping much sweat, the duo stitched an invaluable 133-run fifth-wicket match-winning stand. Despite Hardik being out for a 55-ball 71, Pant stayed till the end to ensure India went past the finish line, by five wickets, with his unbeaten 125-run knock, off 113 balls.

Speaking at the post-match press conference, Hardik revealed the chat he had with centurion Pant. He said, “I was just repeating the same thing and even told him that I am repeating it too much! Let’s have a partnership, take the match as close as possible, and finish the match. Pehle match toh close kar, phir tujhe enjoy karna hai to kar le! (Finish the match first, then you can enjoy if you want).“And then he opened up. Everyone knows when he starts hitting, we are like ab hum baith jaate hain, chalo aap khelo (okay, now we can sit back and relax and you can hit).”

ALSO READ | ‘I am shameless as a bowler…’: Hardik Pandya dwells on his face-off with Liam Livingstone

Stressing on the talent they both have, the run rate or the remaining number of overs wasn’t going to be an issue. In this regard, Hardik added, “The talent that he has and the talent that I perhaps have – there was no need to take any risks at that stage. Without any risks, we could score those runs as there were not many runs to get. The only way England could come back is if we lose back-to-back wickets.”

Thus, India won only their third bilateral ODI series in England, first since 2014. Rohit & Co. completed their tour of England by winning both the white-ball assignments and lost the one-off Test, in Edgabston, by seven wickets despite a sizeable 132-run lead.

Men in Blue will now travel to West Indies for three ODIs and five T20Is, starting on June 22.