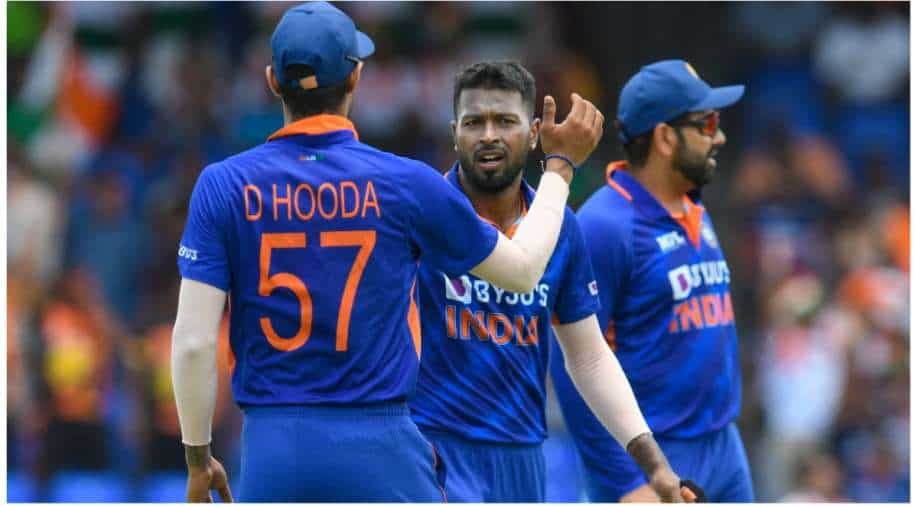 Team India have adopted a new attacking approach in the shortest format ever since Rohit Sharma took over from Virat Kohli last year. After the debacle in the 2021 T20 World Cup, where many slammed Men in Blue’s timid approach, it seems that the one-time winners have learnt from their past mistakes and are willing to play more aggressively without compromising on their new exciting playing style.

All-rounder Hardik Pandya, who is also Rohit’s deputy in the ongoing five-match T20I series versus West Indies in the Caribbean island, threw more weight on India’s new approach and also dwelled on his glittering performances ever since his return to competitive cricket, with IPL 2022, after last year’s T20 WC.

“The last World Cup was very different than this one, but the process has remained the same. I have maintained a balance in my life now, where if I am performing I will be happy, even if I am not, I will be happy. With that you won’t be overconfident while you perform well and won’t be too demotivated when the bad slump comes along. That balance is really important,” Hardik said in a chat with journalist Vimal Kumar while describing his sensational run since his comeback.

Speaking on India’s new playing style, the 28-year-old Hardik stated, “You gain confidence when you see players performing with a new approach, the way with which pressure is being put on opposition bowlers. They might be thinking that even if new-look India are 10-3, they will be looking to score 190 rather than play out the 20 overs. Because of that attitude, this team is looking more and more dangerous.”

Currently, the Hardik-starrer India lead the five T20Is versus West Indies 2-1 after beating the hosts by seven wickets in the third encounter on Tuesday (August 02).