Skip to content
HomeSports‘I’m not at all concerned’ – BCCI chief Sourav Ganguly backs Team India, ‘not bothered with 2 or 3 losses’ 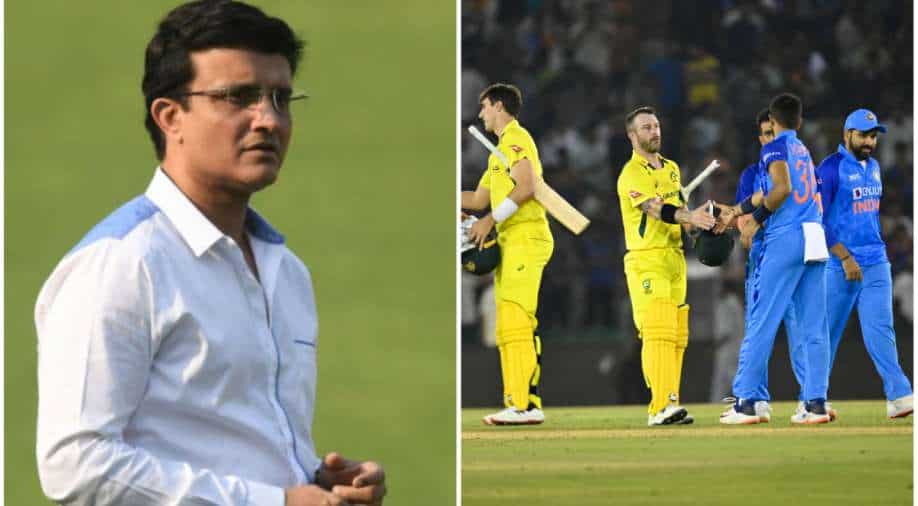 Team India failed to defend 208/6 versus Australia in the opening encounter of the three-match T20I series on Tuesday evening (September 20). Being asked to bat first, at the PCA IS Bindra Stadium, Mohali, Rohit Sharma-led India rode on KL Rahul’s 55, Suryakumar Yadav’s 46 and Hardik Pandya’s scintillating 71 not out to post a mammoth score, their highest T20I score versus the current T20 champions, but lost the contest in the last over, with Australia emerging on top by four wickets.

Thus, Indian cricket fans continue to remain concerned by the team’s performances as their graph has gone down since the start of the Super Four round in the Asia Cup 2022 edition. After dominating the group stage of the continental tournament in the UAE, India lost their opening two games in the Super Four round — versus Pakistan and Sri Lanka respectively — to bow out of the race for the final and are now trailing Australia 0-1 in the home T20Is.

However, BCCI President Sourav Ganguly has backed Rohit-Rahul Dravid-led Indian team and isn’t bothered by two or three losses. “India have lost the last two-three matches. But India has a very good graph. Look at Rohit Sharma’s graph as captain. He has done well. His winning percentage is 82 percent. He had captained nearly 35 matches and had lost only 3-4 matches. I know Rohit Sharma and Coach Rahul Dravid are really concerned about the team. I hope they will make a comeback at Nagpur. I am not at all concerned about 2 or 3 losses. They had a talk with a team, and hopefully, they will make a comeback soon,” Ganguly told India Today.

Ganguly further breathed a sigh of relief with Virat Kohli returning to form and hopes for other key players to stand tall in the T20 World Cup, to commence from next month. “India will travel to Australia some weeks ago before the World Cup. I am hopeful that India will do well and that they are prepared enough for the tournament. Virat Kohli is an important part of India’s team in the World Cup. But India has to play well. Everyone has to play well, starting with Kohli, Rohit, Pandya, and all. It’s very good news that Virat is back in form. I hope it will continue,” added the former Indian captain.

Rohit-led India will meet Australia in the second and penultimate T20I on Friday evening (September 23) in Nagpur and hope to level the series.