Skip to content
HomeSportsIND vs AUS, 3rd T20I: Stampede in Hyderabad as fans come in large numbers for tickets – Watch 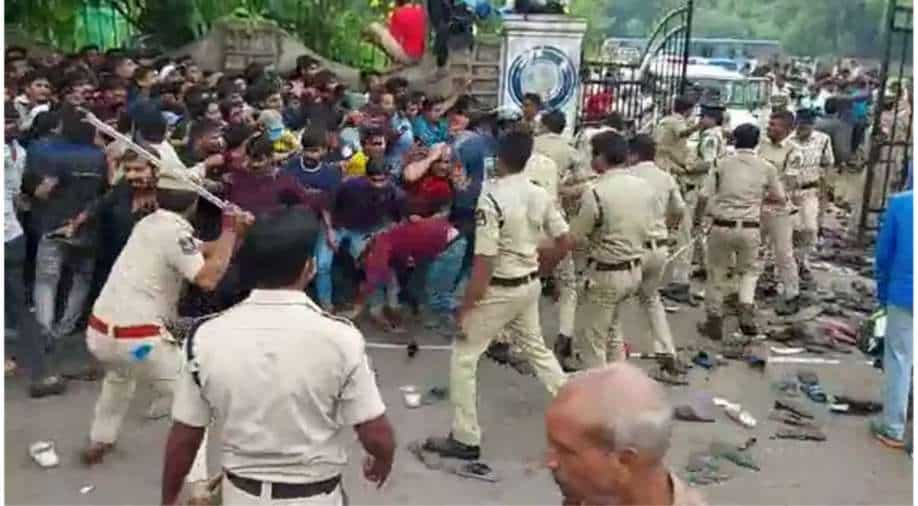 Ahead of the third and final T20I between India and Australia, to be held in Hyderabad on Sunday (September 25), an unfortunate incident took place at the Gymkhana ground. With fans coming in large numbers to buy tickets, they had to wait for quite some time before the situation went out of control with the cricket fans causing law and order issues.

Hence, a stampede broke out after the cops found it tough to manage the crowd. The video of the incident has gone viral in no time. Here’s the clip:

#WATCH | Telangana: A stampede broke out at Gymkhana Ground after a huge crowd of cricket fans gathered there to get tickets for #INDvsAUS match, scheduled for 25th Sept at Rajiv Gandhi International Stadium, Hyderabad. Police baton charged to disperse the crowd

As per reports, four people got injured following the stampede and were rushed into the hospital. Moreover, some police personnel also went unconscious due to the injuries in the aftermath of the incident in Hyderabad.

Talking about the India-Australia T20Is, the series opener was held at the PCA IS Bindra Stadium, Mohali on Tuesday evening (September 20). Being asked to bat first, the Rohit Sharma-led line-up posted 208 for 6 riding on KL Rahul’s 45-ball 55, Hardik Pandya’s 71 not out and Suryakumar Yadav’s 46. In reply, Australia chased down the score, their highest run-chase versus India in the format, with the help of Cameron Green’s 61 and Matthew Wade’s 21-ball 45 not out.

The second and penultimate tie will be held on Friday evening (September 23) in Nagpur before the series finale in Hyderabad, on Sunday.