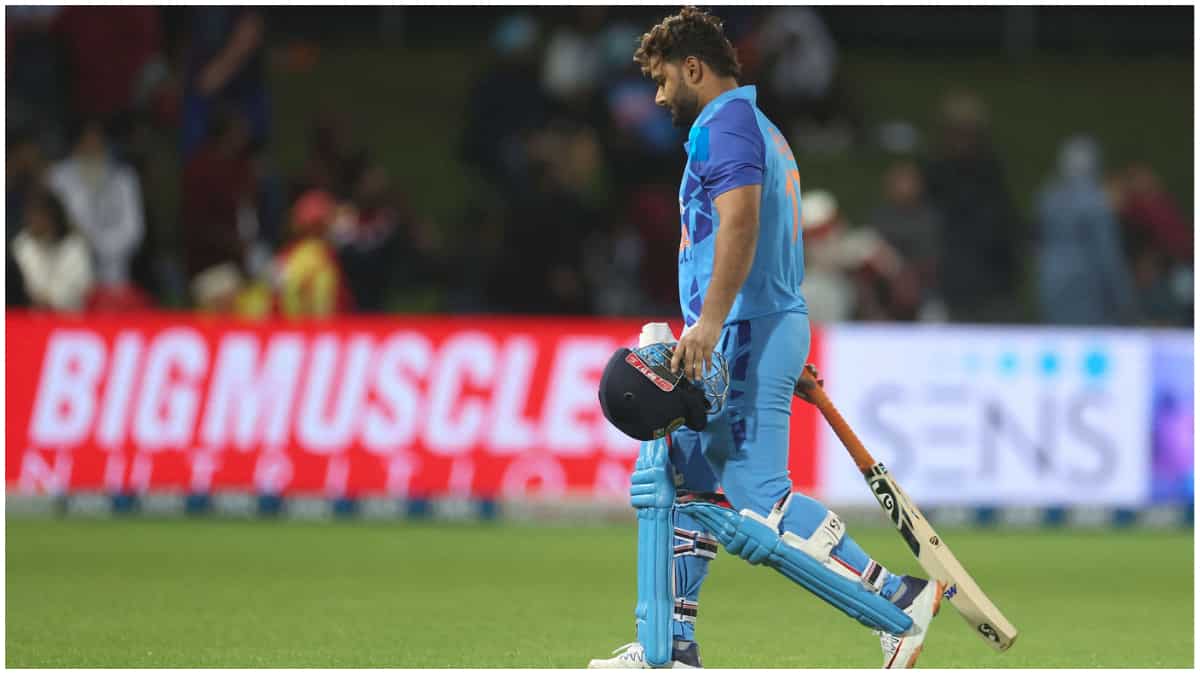 After winning the three T20Is 1-0, India will lock horns with hosts New Zealand in the first of the three-match ODI series on Friday (November 25). Shikhar Dhawan will take charge of the side whereas Rishabh Pant will continue to don the deputy’s hat, as he did in the T20Is with Hardik Pandya leading, as India will kick off their 2023 ODI World Cup preparations. Ahead of the series, a lot has been said and written about Pant, who hasn’t impressed in the T20Is after limited opportunities in the T20 World Cup in Australia.

Thus, former Indian all-rounder Reetinder Singh Sodhi has made a big claim. The ex-cricketer feels Pant has been given a lot of opportunities in the limited-overs format but he is yet to deliver. While he did slam his maiden ODI hundred in the series win over hosts England in mid-July this year, he continues to remain unimpressive in the shortest format. In the NZ T20Is, he was given an opportunity to open the innings where he returned with 11 and 13, from five balls respectively. Hence, Sodhi feels it is time to try someone like Sanju Samson, who warmed the bench in the T20I series, as Pant has become a ‘liability’.

“He (Pant) is becoming a liability for Team India. If it’s like this, then bring in Sanju Samson. End of the day, you got to take that chance because you cannot afford to lose and exit in World Cup or ICC tournaments,” Sodhi was quoted as saying by India News. “When you give too many chances, problems arise. The time has come to provide opportunities to new guys.” “Only time will tell how many opportunities and how long he gets. Time is passing and he really has to tighten his shoes. Everything has a limit. You cannot depend on one player for so long. If he is not performing, you got to show him the exit door,” Sodhi added.

As per Sodhi, Pant remains a match-winner, but hasn’t lived up to his tag and, hence, the selectors should take a call and look beyond him “We all know Rishabh Pant is a match-winner, but you don’t score runs. You don’t help your team win. You got the opportunity in an important event like the World Cup. I accept that initially he didn’t get the opportunity, but whenever you get a chance, your job is to perform, which has not happened. It’s time that selectors think beyond him.” he concluded.

India and NZ meet in the ODI series opener at Eden Park, Auckland on Friday.