Skip to content
HomeSportsIndia vs Leicestershire: Rohit Sharma cops a nasty blow on the box off Jasprit Bumrah – WATCH 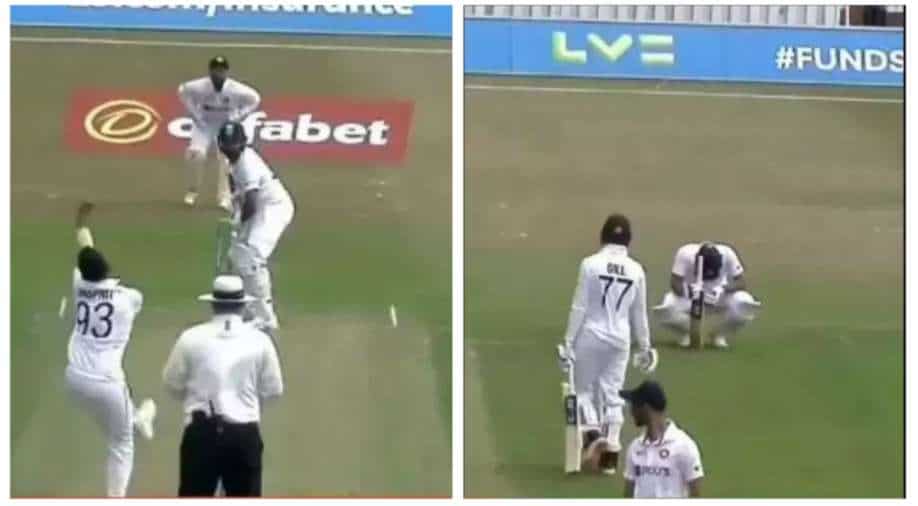 Ahead of their rescheduled one-off Test versus England, starting on July 01, Rohit Sharma-led Indian players are currently involved in a four-day practice game versus Leicestershire, at the Grace Road County Ground in Leicester. As per the pre-game agreement, the Rahul Dravid-coached Indian side allowed four players, such as Cheteshwar Pujara, Jasprit Bumrah, Rishabh Pant and Prasidh Krishna, to be part of the opposition camp against India.

After winning the toss, Rohit-led India opted to bat first on Thursday (June 23). The Indian skipper, however, couldn’t do much and returned for a 47-ball 25, falling to Roman Walker. This also became the first time that Bumrah and Rohit are playing against each other and the latter experienced what many batters go through, regularly, while facing the Indian speedster. Hitman, who completed 15 years in international cricket, copped a nasty blow on the box off Bumrah. It was a fierce delivery from the pacer as it hit Rohit in the groin region and he looked in discomfort. Soon, wicketkeeper Rishabh Pant and his opening partner Shubman Gill came to check on him before the physio arrived in the middle.

Here’s a video of the nasty delivery from Bumrah to Rohit:

After Rohit and Gill’s departure (21), India were reduced to 81-5 at the end of the first session of the day’s play. Virat Kohli and KS Bharat provided some stability in the second session, with a 57-run sixth-wicket stand, but the Indian batters have struggled in the tough batting conditions.

After the four-day practice Test, India will take on England in the one-off match, in Edgbaston, with an aim to win their first-ever red-ball series on English soil since 2007. At the time the five-match series between both sides came to a sudden halt last year, due to Covid crisis in the Indian camp, the then Kohli-led Indian side had already attained an unassailable 2-1 lead over the hosts.