Skip to content
HomeSportsIndia vs Pakistan: A look at results of last five meetings between the arch-rivals in Asia Cup 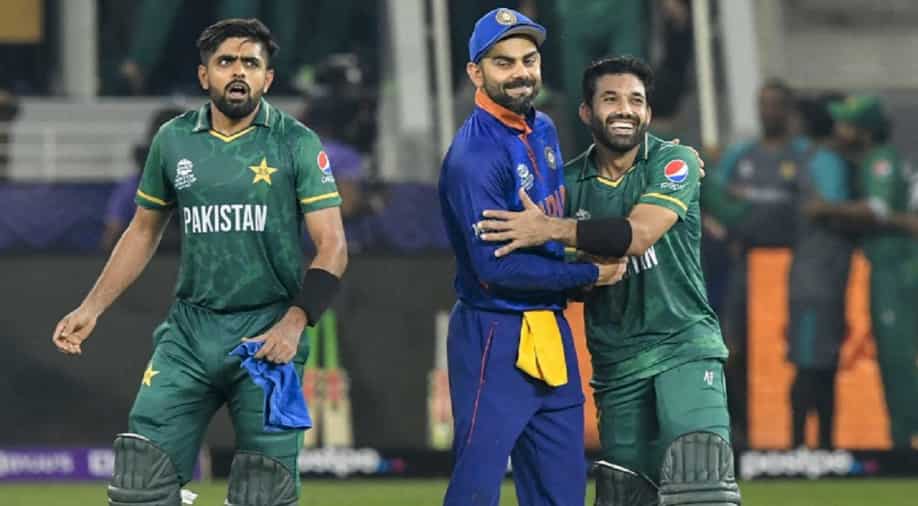 The biggest rivalry in cricket is set to resume as India and Pakistan take on each other in the ongoing Asia Cup 2022. The arch-rivals will lock horns in their tournament opener at the Dubai International Stadium in Dubai on August 28 (Sunday). This will be the first meeting between the two teams in ten months.

Pakistan got the better of India when the two teams last met at the T20 World Cup last where Shaheen Afridi’s sensational spell followed by two brilliant half-centuries from Babar Azam and Mohammad Rizwan helped Pakistan register a thumping ten-wicket win against the Men in Blue.

While not much has changed for Pakistan since then, India have undergone a massive transformation under captain Rohit Sharma. With a young bowling attack and in-form middle-order, India would be hoping to continue their stellar run under Rohit in the Asia Cup. India are yet to lose a T20I series since Rohit took charge as permanent captain last year.

When it comes to the head-to-head record between the two teams in the Asia Cup, India enjoy an advantage with eight wins in a total of 15 meetings. Pakistan have won five matches against the Men in Blue while two games ended in a tie. India are the most successful team in Asia Cup history with seven titles while Pakistan have managed only two titles so far.

Also Read: A look at winners of last eight editions of Asia Cup

Here is a look at the results of the last five meetings between India and Pakistan in the Asia Cup:

MS Dhoni-led India defeated Pakistan by six wickets in their clash at the Asia Cup 2012. Batting first, Pakistan rode on centuries from openers Mohammad Hafeez (105) and Nasir Jamshed (112) to post a big total of 329 runs on the board. However, Virat Kohli single-handedly won India the game with a stunning knock of 183 runs.

It was a thrilling showdown between the two arch-rivals in Asia Cup 2014 where Pakistan got the better of India by one wicket. Half-centuries from Rohit Sharma, Ambati Rayudu and Ravindra Jadeja propelled India to a total of 245 runs. However, Pakistan chase down the target in the last over with a wicket to spare to clinch a thrilling win.

The 2016 edition of the Asia Cup saw India and Pakistan meet for the first time in the T20 format in the tournament. An exceptional bowling effort from India saw MS Dhoni & Co. bundle out Pakistan for a paltry 83 runs inside 18 overs. India then chased down the target comfortably with 4.3 overs to spare and won the game by 5 wickets.

India registered yet another dominant win over Pakistan in their first meeting with the arch-rivals in Asia Cup 2018. Indian pacers ran riot to skittle out Pakistan for 162 runs in 43.1 overs before half-centuries from openers Rohit Sharma and Shikhar Dhawan sealed a comfortable 8-wicket win for the Men in Blue.

India met Pakistan for the second time during the Super Four stage in Asia Cup 2018 where Rohit Sharma & Co. defeated the Men in Green once againby nine wickets. India restricted Pakistan on 237/7 before Rohit and Dhawan slammed centuries apiece to propel India to a big win.