Skip to content
HomeSportsIndia vs SA T20Is: Shikhar Dhawan was informed about his omission by coach Rahul Dravid – Report 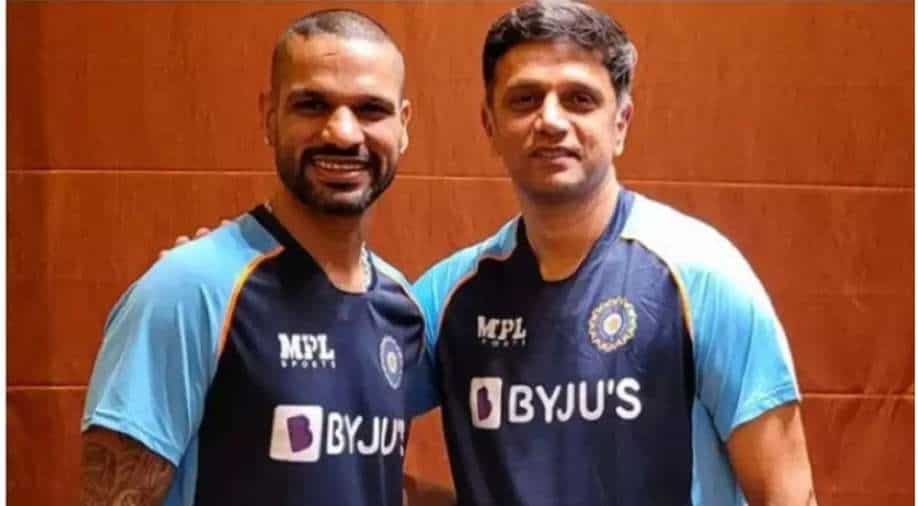 The BCCI selection committee announced an 18-member Team India T20I squad for the forthcoming five-match series versus South Africa at home. In the KL Rahul-led Indian team, many regulars such as all-format skipper Rohit Sharma, Virat Kohli and Jasprit Bumrah have been rested whereas some seniors have missed out while other key players such as Suryakumar Yadav and Ravindra Jadeja are injured.

Shikhar Dhawan was one notable omission in the young squad. While the senior player has been out of the T20I side since being dropped from the squad for the last year’s World Cup, many thought a comeback was on the cards for him after amassing 460 runs for Punjab Kings (PBKS) in 14 league stage matches. Nonetheless, the selectors preferred youngsters in place of Dhawan as Ishan Kishan, Ruturaj Gaikwad, etc. made the cut. As per a report in InsideSport, Dhawan was informed about his non-selection before the team was announced by head coach Rahul Dravid.

“Shikhar has been a great servant of Indian cricket for over a decade. But in T20s, you have to give chances to youngsters who have been doing well. Rahul had to make the tough call and we all agreed. Shikhar was informed by Rahul before the team was announced on Sunday,” a senior BCCI official was quoted as saying by InsideSport.

After the SA home T20Is, India will play Ireland in two matches in the latter’s own backyard. As KL Rahul will join the Rohit-led Indian Test squad at that time, for the one-off Test versus England on July 01, Dhawan might get a look-in for the Ireland series.

India have a lot of T20Is lined up in the run-up to the 2022 T20 World Cup. Thus, doors aren’t completely shut for Dhawan but it looks like juniors will be preferred over him.