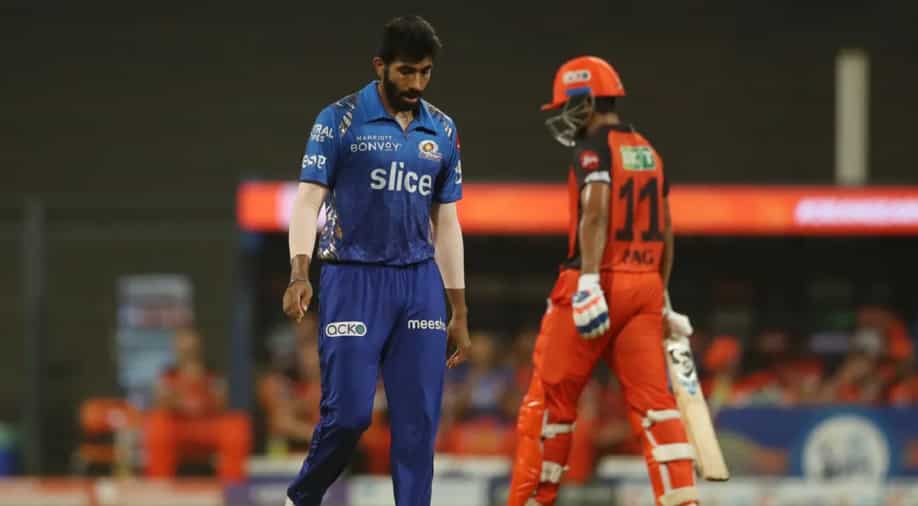 Mumbai Indians (MI) pacer Jasprit Bumrah created a new record in his side clash against Sunrisers Hyderabad (SRH) in the ongoing Indian Premier League (IPL) 2022 on Tuesday (May 17). Bumrah became the first Indian bowler to complete the milestone of 250 wickets in T20 cricket.

Bumrah dismissed SRH all-rounder Nicholas Pooran in the 10th over for their innings at the Wankhede Stadium in Mumbai to become the first Indian to complete 250 wickets in the shortest format. Bumrah finished with figures of 1/32 in his spell as SRH went on to post a big total of 193 runs on the board.

The Indian speedster became the 31st bowler overall to reach the milestone. He has taken 67 wickets for the Indian team in T20Is while the rest have come for Gujarat in the domestic circuit and for Mumbai Indians in the IPL. He is followed by senior pacer Bhuvneshwar Kumar on the list of Indians with the most wickets in T20s.

One of the best fast bowlers in the world at present, Bumrah has not had the best of campaigns for Mumbai Indians this season. He has managed only 12 wickets in 13 matches for the team at an average of 29.83 but has managed to maintain a decent economy rate of 7.25.

The poor form of the likes of Bumrah, skipper Rohit Sharma and Ishan Kishan among others affected Mumbai Indians’ campaign this season as the five-time champions got off to the worst possible start. Mumbai Indians lost a record eight matches in a row at the start of the season before becoming the first team to be knocked out of the playoffs.

Mumbai Indians have just one game left to play this season and will lock horns with Delhi Capitals on Saturday (May 21) to bring an end to their nightmarish campaign in IPL 2022.