Skip to content
HomeSportsJhulan Goswami set to retire; India’s Lord’s ODI vs England to be her final appearance 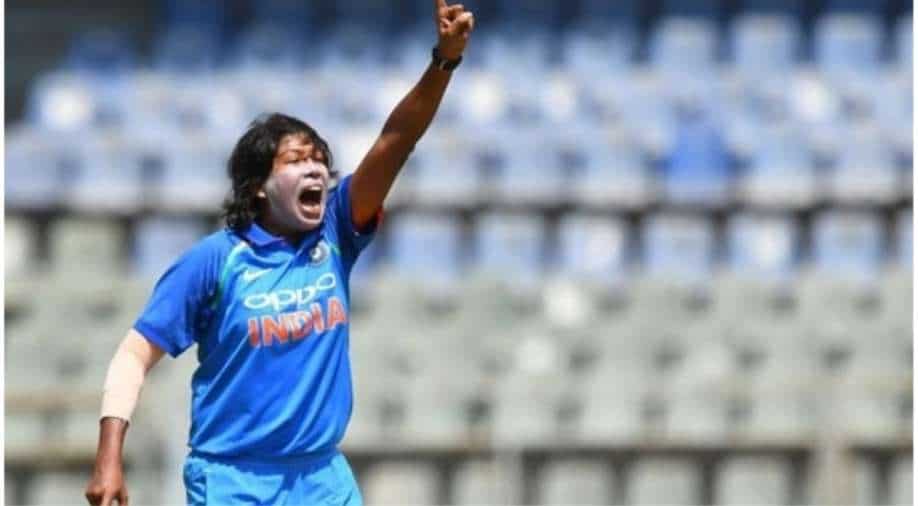 Jhulan Goswami, one of the legends of Indian cricket, has confirmed her retirement plans on Friday (September 23). The legendary pacer has revealed that she will call it quits from international cricket after Harmanpreet Kaur & Co.’s third and final ODI versus England at Lord’s on Saturday (September 24).

“I haven’t decided. So far the BCCI hasn’t officially come out with an official announcement, let that come first then I will decide. Right now, I am retiring from international cricket,” Jhulan revealed in a press conference while answering whether she will feature in next year’s Women’s IPL

Jhulan, who has accounted for 44, 253 and 56 scalps in Tests, ODIs and T20Is respectively, was part of India’s memorable ODI World Cup campaigns in 2005 and 2017, when they ended as runners-up in both the occasions. Not winning a World Cup medal remains her biggest regret. “I have played two World Cup finals but couldn`t win the trophy. That remains my only regret because you prepare for World Cup for four years. There is a lot of hard work. For every cricketer, it is a dream-come-true moment to win a World Cup,” she stated in a virtual pre-match press conference

‘I am fortunate to play the sport’

“When I started I never thought of playing for such a long time. It was a great experience. I am fortunate to play the sport. Honestly, coming from a humble background and a small town like Chakdah (in West Bengal`s Nadia district), I didn`t know anything about women`s cricket. My best memory is when I got the India cap and bowled the first over because I never imagined (that I will play for India). The journey was difficult as I had to travel for two-and-half hours by local train one way every day for training,” Jhulan asserted.

Speaking about the moment that she will cherish and remain with her forever, the 39-year-old Jhulan revealed, “When I started, it was different. Those days, we used to represent the women`s cricket association of India and now, we are under the umbrella of BCCI. We are fortunate enough; every time BCCI supports us and they always come forward to support us. At the same time, the best memory, was when I received the maiden India cap from my captain was a wonderful feeling. Bowling that first over, that was the most important moment of my life. “I always dreamt of playing for the country. In 1997, the first time I saw the Women`s World Cup final at Eden Gardens, it was between Australia and New Zealand,” she added.”I was a ball girl for that match, and then I dreamt that I might represent my country for the first time. That is how I started, representing the country is the biggest moment of my life,” she further added.

Jhulan remains one of the pioneers of women’s cricket in India, along with Mithali Raj. Her knack for chipping in with wickets at crunch situations, bowling the tough overs, and spearheading the bowling unit for such a long time stands out. She is known for her pace, accuracy and will go down as one of the legends in women’s cricket (with most ODI wickets and most scalps in 50-over World Cup as well — 43). Being an active cricketer at the age of 39 for any pacer remains an astonishing feat, hence, Jhulan can be proud of her glittering career.

Harmanpreet-led Indian eves will look to give Jhulan a fitting farewell by winning the third and final ODI and also whitewashing the series over Amy Jones & Co.