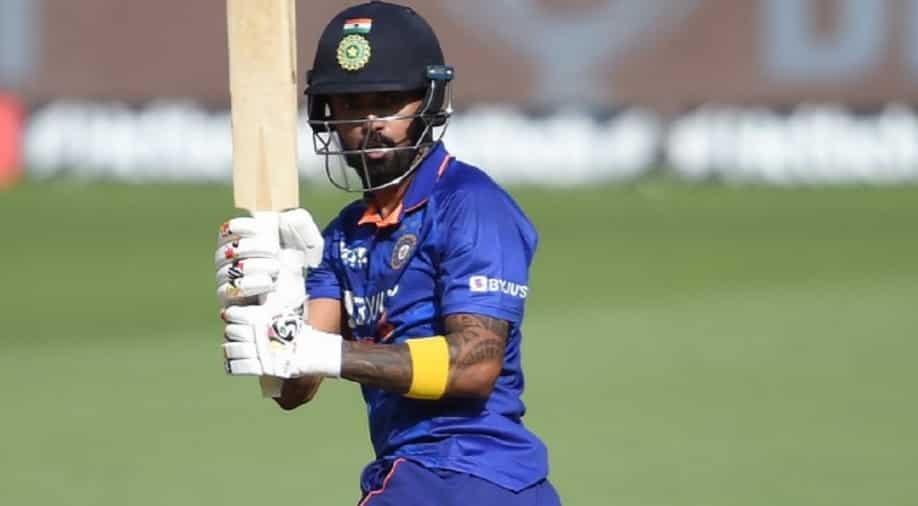 Senior opener KL Rahul has been left out of the India squad which will travel to Zimbabwe for an ODI series next month after aggravating his hamstring injury, a development which could potentially jeopardise his T20 World Cup chances.

It is understood that Rahul hasn’t yet recovered despite undergoing a successful sports hernia surgery for lower abdominal injury. His hamstring also remains sore. India will play 3 ODIs in Zimbabwe on August 18, 20 and 22.

“I wanted to clarify a couple of things about my health and fitness. My surgery in June was successful and I had begun my training with hope of returning to national duty for the tour of West Indies. Unfortunately as I was returning to full fitness, I tested positive for Covid-19,” he tweeted.

He expressed hope of coming back for Asia Cup in UAE. “This naturally pushes things back by a couple of weeks but I aim to recover as quickly as possible and be available for selection as quickly as I can,” he further wrote.

“To represent the country is highest honour and I cannot wait to get out there back in blue.”

Also Read: ‘Who can stop him now?’: BCCI selector on Dinesh Karthik’s chances of making it to India’s T20 World Cup squad

Off-spinner Washington Sundar, who has made a stellar start to his English county career with Lancashire is back in the squad along with seamer Deepak Chahar after successful completion of his rehabilitation following hamstring and back injuries.

Chahar has not played competitive cricket for five months now and also missed the 2022 IPL season. “KL Rahul has recovered from Covid-19 but his hamstring injury seems to have resurfaced. He was supposed to be picked for Zimbabwe but now one can’t put a date on his comeback,” a senior BCCI source privy to the development told PTI on Saturday.

Meanwhile, Virat Kohli, skipper Rohit Sharma, Rishabh Pant, Mohammed Shami, Jasprit Bumrah and Hardik Pandya have all been rested from the tour as ODIs aren’t top priority for the side with less than three months left for the World T20.

“Virat had spoken to selectors that he would be available from the Asia Cup onwards. The first team players will hardly get rest from Asia Cup till end of World T20. Hence this is a two-week window after Windies tour when they can rest,” the source said.

Washington’s comeback was on expected lines as he has had a rough last one year due to a hand injury and contracting Covid-19. He has had a successful rehabilitation at NCA and in the three games that he has played for Lancashire, he has already picked up a five-wicket haul.

“In case of Washington it was never about how but when would he comeback as he has been India’s No. 1 finger spinner. He needed game time which he got,” the source added.

As usual Shikhar Dhawan will lead the side in Rohit, Rahul and Pant’s absence. Most of the players who had been part of set-up have been picked with rookie Rahul Tripathi, after being part of squad in Ireland T20Is, getting maiden call up to the ODI side.