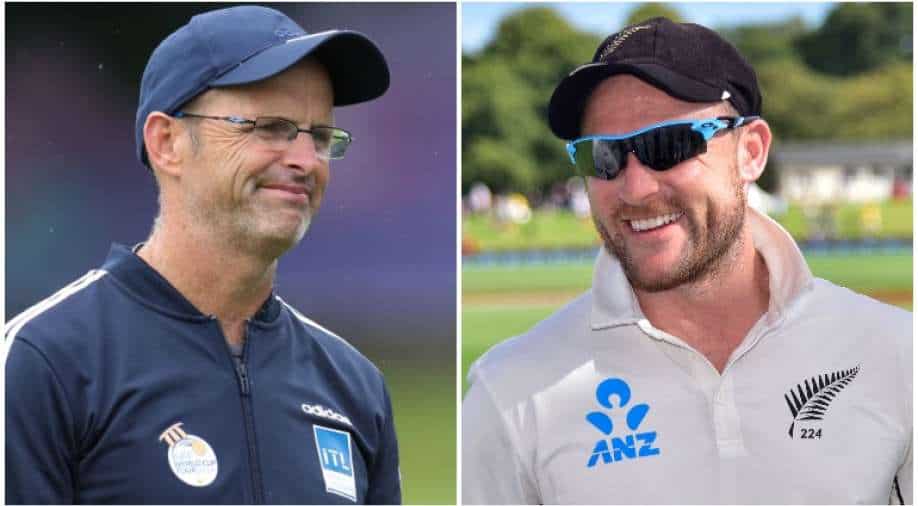 On Thursday (May 12), the England Cricket Board (ECB) announced former New Zealand captain Brendon McCullum as the head coach of England’s Test team. Earlier, they were reports of former South African opener Gary Kirsten getting the top job, however, McCullum pipped Kirsten to bag the post.

For the unversed, McCullum has coached the likes of Trinbago Knight Riders and Kolkata Knight Riders in the IPL, however, the England job will be his maiden full-fledged role as a national team coach. He has signed a four-year deal with the ECB and his tenure starts with England’s home series versus New Zealand, i.e. the current World Test champions.

In his column for The Telegraph, the 2005-06 Ashes-winning England skipper Michael Vaughan reacted to McCullum’s appointment. He wrote, “If English cricket has overlooked someone like Gary Kirsten for a second time, I do find it incredibly bizarre. I don’t see how we have made that call twice. He is the perfect mentor, thinker, and cultural driver who has done it before and has the t-shirt. What England have gone for in Brendon is exciting and a big name, but it is a big risk as well.”

“I am all for attacking play and being aggressive (a brand of cricket McCullum mostly relies upon), but I don’t think this England Test team is in a position to play that way at the moment. They have to take small steps first and get used to playing long, hard periods of Test cricket. And then in time, if you get a group of players with a lot of confidence, they can play more flamboyantly,” he added.

It will be interesting to see how McCullum runs the England Test team, which is in a disarray after disastrous Ashes 2021-22 edition and a series defeat to hosts West Indies, in the Caribbean island. McCullum-Ben Stokes, the newly-appointed England Test captain, have a stern task ahead to revamp the national side in whites.