Skip to content
HomeSportsMohammad Rizwan displaces Babar Azam as the No.1 ranked batsman in T20I format 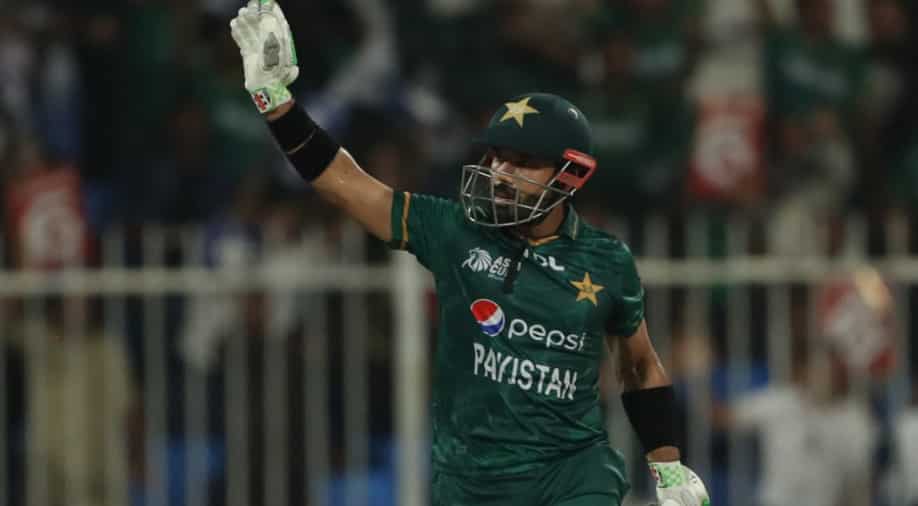 Pakistan’s Mohammad Rizwan recently one-upped his opening partner and skipper Babar Azam to consolidate his position at the top of the MRF Tyres ICC Men’s T20I ranking, pushing his teammate down to second place.

Rizwan managed to etch his name in Pakistani cricketing folklore with the kinds of performances that he has put in over the course of the latest edition of the Asia Cup, which is being conducted in the United Arab Emirates.

With his performance, Rizwan managed to earn the honour of being the leading run-scorer in the tournament. Across three matches against India and Hong Kong, Rizwan has managed to put 192 runs on the board at an average of 96 and a strike rate of 128. In addition, Rizwan has also put out two half-centuries.

Furthermore, owing to his highly impressive all-round performance against Hong Kong, Rizwan was awarded the Player of the Match award in their Group A clash, which took place in Sharjah.

Rizwan managed to strengthen his rating points to a career-best of 815 from his previously existing 796 to claim the position of top dog in the ICC rankings for the first time in his career.

It was his effort against Hong Kong and India in the Super Fours clash that earned him the precious tally of rating points that bolstered his case for the No. 1 ranked player. His promotion to No. 1 marked only the third time a Pakistani player has earned the extremely coveted accolade.

Azam’s reign at the top of the food chain was spread across a total of a whopping 1,155 days. Misbah-ul-Haq, on the other hand, found himself at the top spot for a matter of 313 days, with his stint stretching from April 2008 to February 2009.